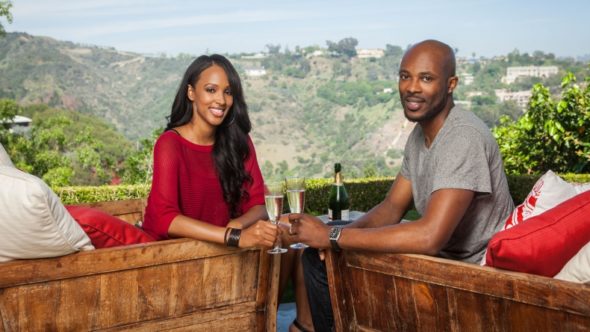 A docuseries, Raising Tourette’s “tells the remarkable stories and exceptional triumphs of families raising an adolescent with Tourette Syndrome.” Lifetime has yet to announced the season three premiere date for Seven Year Switch or the debuts of Seatbelt Psychic and Raising Tourette’s, but you can read more info below:

RAISING TOURETTE’S
Raising Tourette’s tells the remarkable stories and exceptional triumphs of families raising an adolescent with Tourette Syndrome. This powerful new series follows five families with kids from ages 11 to 16 and like all tweens and teens their age, each child has aspirations, friends, rivals and homework. While growing up is often challenging and unpredictable, these kids are resilient and thriving despite navigating an often-misunderstood disorder. From new schools and first dates to driving lessons and family vacations, Raising Tourette’s showcases all of the ups and downs these unique families face. Raising Tourette’s is produced by Half Yard Productions, A Red Arrow Studios Company, for Lifetime. Abby Greensfelder, Sean Gallagher, John Jones, and Matt Blaine serve as executive producers for Half Yard. Brie Miranda Bryant and Kimberly Chessler serve as executive producers for Lifetime.

SEATBELT PSYCHIC
Seatbelt Psychic is a half hour series that surprises unsuspecting ride-share passengers with a psychic reading of a lifetime. World-renowned medium Thomas John communicates with the dead from the driver’s seat of his car, relaying detailed messages from past family members and friends. His readings are fun, highly emotional, shocking, and for many – incredibly life-changing. Thomas has never met the people he picks up, nor does he know what spirits will speak to him. But the details he relays will be mind-blowing, for both believers and skeptics alike. Thomas may only be giving his passengers a short lift, but they’ll be floored to find out who they meet along the way. Buckle-up as this ride may take some unexpected turns. Seatbelt Psychic is produced by Fulwell 73 for Lifetime. Ben Winston, Zeberiah Newman, Emma Conway, Ryan Simpkins and Sarah Happel Jackson serve as executive producers for Fulwell 73. Brie Miranda Bryant and Lauren Celinski serve as executive producers for Lifetime.

SEVEN YEAR SWITCH – SEASON THREE MOVES TO LIFETIME
Seven years marks a point in many relationships when couples find themselves to be restless and dissatisfied; and some even wonder what it would be like if they had picked a different partner. “Seven Year Switch” follows four couples as they embark on an emotionally difficult journey to help repair their relationships. Each of the couples will participate in an extreme, innovative experiment of switch therapy, in which they swap partners and partake in experimental marriages in order to help determine if different traits and characteristics in a mate could make their marriage stronger. Viewers learn each of their stories – how they met, how they fell in love, how their marriages took a turn for the worst and why they are willing to risk everything in order to save it. Lack of intimacy, communication and different interests are all factors that contributed to the decline in the couple’s marriages.  Seven Year Switch is produced by Kinetic Content for Lifetime. Chris Coelen, Karrie Wolfe, Eric Detwiler, Dean Slotar and Rob Schwarze are executive producers for Kinetic Content. Gena McCarthy executive produces for Lifetime.”

What do you think? Do you watch Lifetime? Which new unscripted series will you check out?

I have been watching and waiting for more Seatbelt psychic shows. I love the show. It looks like it has been canceled. I’ve watched every episode several times on On Demand while waiting for new shows to air.

Was this show canceled?

I LOVE LOVE LOVE the new Lifetime show Seatbelt Psychic – I have abilities and I get so many uplifting messages that relate to my own life as well as those he gives messages to. PLEASE renew this for a 2nd season !!!!! I was sad to see that next week is the Season Finale – I feel it just started !!!!!! One of The BEST shows Lifetime has put out in years and I’m a go to Lifetime viewer – my #1 fav Channel for over 10 plus years !!!!!!!!