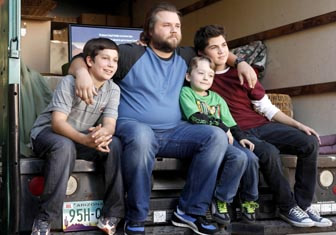 Very good show my family loved it and wish I wasn’t 7 years too late….

This is such a fantastic show! I guess I learned about it too late too. I hope someday it could be brought back!

I literally just learned of this show 2 days ago, on Netflix. Only 7 years too late. I love it, it’s hilarious, and family friendly my two kids 8 and 6 are extremely sad there are no more seasons. For all the wisdom Fox has, airing this show in a 9:30 p.m. Time slot makes me question what they were thinking. Sad, sad, sad Great family show, light hearted and funny family show. There’s few few of those around. Fox you dropped the ball

I love this show. I started being a fan of Tyler Labine when my son had me watch Dale and Tucker VS Evil. I am not the demographic for that show either. But, I loved it as well. Want to see more of all this cast… but, especially Tyler!