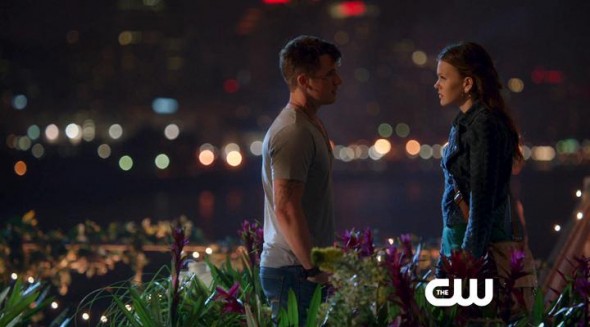 I was late to watch the show but I ended up loving it!!! I have watched it a second time on Netflix, there should most definetly be a second if not 3rd season as long as the same actors are staring, they work together very well and sold the characters.

I think there should be more seasons. This show is amazing. Please renew this for new seasons….

I just finished watching this show and I want to see what happens next. I really enjoyed it and think y’all should really start it back up for a Season 2 with the same actors. I’m a fan of Star-Crossed!!

Star Crossed Is Such A Great Show, And To End It The Way It Was Ended Was A Shocker ! Then To Find Out That It Won’t Be A Season 2 Is Highly Upsetting. You Should Really Make A Season 2 ! !

I honestly feel like y’all should have went ahead and made a season 2, the first was good but you could have done a lot more in the next season and made people watch it ??

In my offense and the producers of the TV show “Star Crossed”… I think it was excellent. I don’t think it deserved to get such a low rating. I mean… Why cancel it at such a shocking ending and hang cliff. I think this inspiring show should be given a second chance, don’t you? I watched this show over and over and over again. It makes me wonder why the producer didn’t continue and I have searched why. Know that I have found out the reason now, I think it’s a stupid reason. I understand that it’s all about business… Read more »

Star crossed is a GREAT show! It has many plot twists just in the first season and I know that the writers could come up with even more. I have watched season 1 more than once and I still do not get sick of watching it over and over, but now that is all I can do. I’m very upset that there is not another season coming out!

Star-crossed should’ve never been cancelled. It’s a great TV show honestly. I never heard anything about it until I ran across it on Netflix and I loved it. I watch it over and over again. It should definitely be taken into a matter of consideration of being renewed, do y’all even see the comments people put out there for y’all to see about the show? Because there’s tons and y’all still don’t take any action to people’s requests. A lot of people seem to love the show. Give it a chance. Or make a movie out of it!! The show… Read more »

we need a season 2 of Star Crossed i Got so interested just to be let down … ugh. Please make a season 2

I like so much this serie, please make season 2; with the same actors,?

I really loved this show. I wish you would have made season 2 at least. I didn’t like the way it ended. Have you now thought about making season 2 because the time has changed and I know the kids would lovee it now. I never heard of this show in 2014. Please change your minds and make a season 2. Thanks.