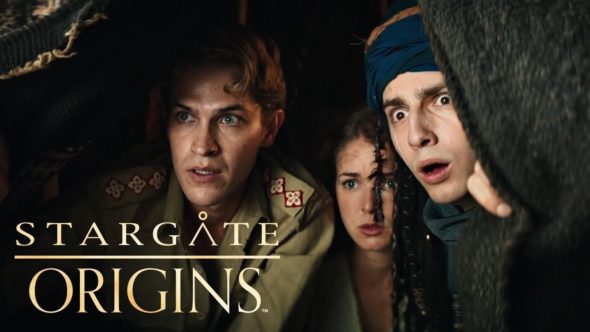 “From now on, I’m in charge.” The premiere date and first trailer for the new series Stargate Origins have been released, Deadline reports.

What do you think? Are you a Stargate fan? Will you watch the new series?

I loved Stargate. there is nothing on TV that can match this series, so I’m in

Oh yeah I’m in. What platform is this going to be on?

I’m there! You had me at Stargate, but then added Connor Trineer lol. No way I’m going to miss this!

Stargate!! Yeah!!! I miss so much the camaraderie, the eye for discovery with decency and all that came with the Stargate series – this is the best Holiday gift for me! I’m keeping Netflix because it’s still a solution way less expensive than cable. Now Stargate too – no way am I not going to be glued to the screen for this one!

Damn! Too bad this is on a another paid streaming service. How many separate entities do they expect us to have. Hopefully they will release it on a tv channel later on.

Exactly, and Netflix goes up in January, I’m cancelling. They can expect all they want, but I’m tired of this. TV’s not that important to me.