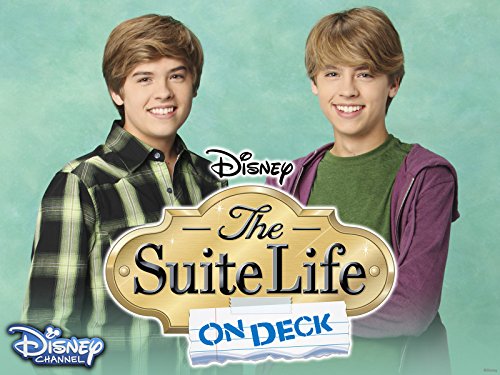 The Suite Life on Deck starred Dylan and Cole Sprouse, and one of the twin brothers has now revealed why the popular series ended. His brother, Cole, now stars on Riverdale.

Dylan said the following about ending the Disney Channel series in an interview with Vulture:

“I mean, we had a really awesome idea for where the show needed to go. We were 18. If that isn’t old enough to know exactly what the show needs, then … well, I would beg to disagree. I don’t think [Disney] were willing to work with us, really ever. So we stopped the show.”

Will Riverdale fans ever see Dylan on his brother’s new show? He admitted to Vulture that he has “only seen the first episode.”

Do you remember The Suite Life? Would you want to see Dylan pop up on Riverdale? Tell us what you think.

I remember reading something about the boys having pitched an idea that Disney Channel subsequently tried to steal from them. ):-\)
And, I don’t think that it would be a good idea for Dylan to be on “Riverdale”–As much as it would be cool to see him, it would be a “shark-jumping” move for the show…unless they were able to pull it off with him being a cousin or something, since the boys don’t look exactly the same. (I thought that Dylan had made the decision to leave acting, thoiugh…?)