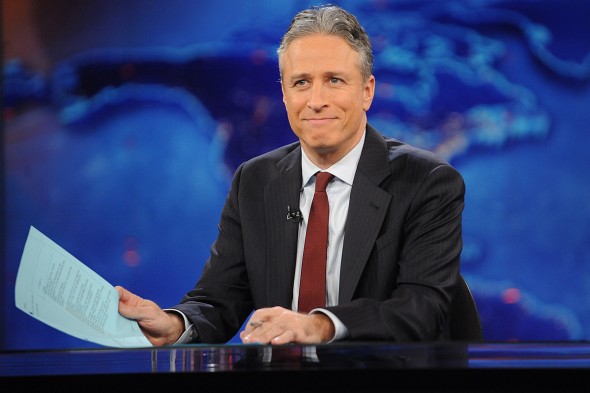 Last night, Jon Stewart announced that he would be departing The Daily Show later this year, ending a run of nearly 17 years at the anchor desk. Stewart began hosting the program, which was renamed to The Daily Show with Jon Stewart, on January 11, 1999. 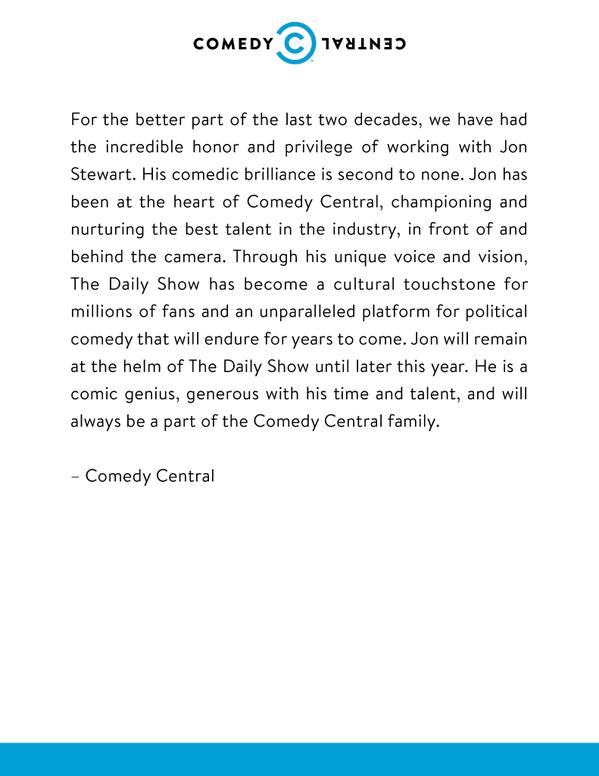 What do you think? Are you a fan of this show? Are you sorry that Stewart is leaving? Who would you suggest to replace him?

Can you say “NBC anchor chair here I come!”
I am inclined to think with both announcements coming within minutes of each other was not a coincidence.

I don’t think that’d be possible in any form. He’s been a comedian first and foremost. He’s also been merciless in his pointing out how bogus all the leading newscasters haw been on all important issues. It’d be like putting the bull in charge of the China shop after it had a fun romp through it

He was in the running for anchor of Meet the Press when they canned David Gregory. NBC wants him and if the price is right Stewart will want them too. Guarantee!

I think he’d do great on Meet The Press, and would bring life back to the show that I’ve heard has pretty much left the show (I haven’t watched for years). I could see that, but not an anchor where he’d have to conform to doing the very bogus news casting he’s been slamming for so many years. Granted it’s been fox for the most part, but he’s taken plenty of shots at the rest…..And they damn well deserve it

Fox News and then later, most of the newscasters on MSNBC got on my nerves so I had to rely on The Daily Show where the news was honest and straightforward.
With the departure of Jon Stewart, I will wonder aimlessly until I find someone that is reliable to me.
Until then, I will stick to the Leher Report and go back to watching Rachel Maddow.
Nothing lasts forever.

I will have to admit that I have never seen one full episode in his 17 years. I’m sure he was entertaining to the people who watched him. I have seen a few snippets from time to time on his show when it was shown on other shows that I was watching. I don’t watch Jimmy Fallon or Dave Letterman either and only occasionally watched Jay Leno. Those shows are on after prime time for a reason. They don’t typically have the following on the scripted shows presented in Prime Time. All that matters is that their employers are satisfied… Read more »

The Daily Show is nothing at all like the late night shows. It’s basically satire on a small amount of the large amount of BS in the media, and those in public office as well as those in the public in general. Highly entertaining. I have a hard time thinking of who could bring the energy and insight to the roll like John Stewart does. Damn shame….But other than taxes…Nothing lasts forever

TundraBeast,
You are so right! The Daily Show is NOTHING like the late night talk shows. As you said, it weeds out the balderdash we see in the news.
Other than watching my local news, The Daily Show was were I received my political news. (Whether Right or Left, it provides honesty while poking fun at our politicians.)