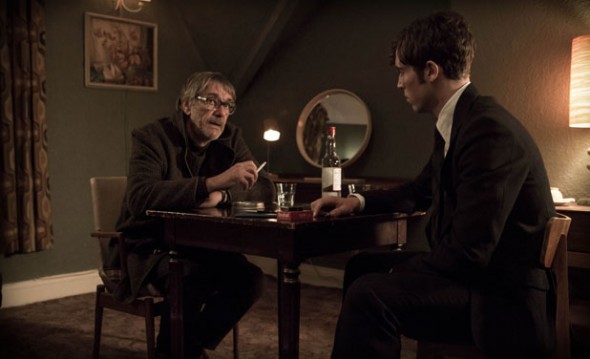 As reported last week, the UK drama The Game has been cancelled after one season of six episodes. The TV show aired on BBC Two in the UK and on BBC America here in the States. The Game’s ratings weren’t strong enough to see it renewed for a second season and BBC Two has a limited amount of resources.

Here’s a statement from the broadcaster:

We are incredibly proud of the drama written by Toby Whithouse and grateful to the cast and team who worked so hard on it – however the BBC Two drama budget only allows for a limited number of returning dramas a year which means we have to make hard choices.

In June, series star Tom Hughes said that he had high hopes for a second season, “If it’s resonating with people and they’re interested in the characters, then I know for certain that Toby’s got far more to share.”

What do you think? Do you like The Game TV series? Do you think it should have been renewed for a second season?

I am very sorry to hear this will not get a second season. I think this is one of the best dramas out there right now. It had me hanging on the edge of my seat, there is so much por quality on TV and such a shame to lose something so well written and acted because not enough viewers watched it. Now I see how they got that guy in the big White House, simply bad taste by the viewing public!!

Chris
We thought it was brilliant. We were very disappointed when we read it was not coming back for a second season. We have so much television of poor quality thrown at us every day we just cannot believe this series was cancelled.

Darn it! We loved the first series. It was so well done and really drew you in. Why do they always cancel the good series that the intelligent people enjoy? They seem to have plenty of money for keeping the rubbish programmes going.

So much rubbish is churned out on tv that The Game stood out, not common or garden, strong performances given by a skillful cast working with an intriguing story line. Please bring it back.

Please bring back a second season. People to quickly the intensity of the cold war.

What a spine chilling, screen worthy series. A second season is required!

I’m very disappointed this was cancelled!

It may be not very well known in Japan. However, I like this a lot.I want to watch the view of the world of this drama more.

Bring back The Game… It’s a fantastic show and should be renewed. Very good writing and a superb cast.

So bummed! This was in my top 5 of last year. Great characters, interesting plot twists, smart writing, Brilliant styling. Nothing else out there like it. Netflix, please pick up this show, your savvy viewers will love you for it.