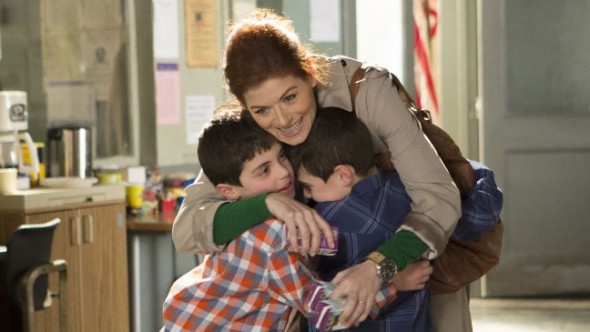 Am so glad Mysteries of Laura was renewed. I’m tired of all the blood and gore that. Ow comprises most shows. This one is fun to watch with its crime solving, humor and romance. It’s nice to know that fans can have a voice.

We (even my husband, not a tv watcher) really enjoy Laura. Gives us a chance to relax and laugh with a whodonit. So….. glad it was renewed. Not really much to watch on NBC otherwise.

This is not a real-life crime show, but a humorous, somewhat far-fetched escape from reality show. And Debra Messing has such a light in her eye…I’m glad it’s been renewed, even though it’s taken me a whole season to remember the show’s name.

Thank goodness its been renewed. Tired of all the gore on other shows and no im not 18 to 29

Thank goodness, the TV Gods have answered our prayers. MOL has been renewed and deservedly so. Quick witted scripts, good character interaction, hope the back nine is picked up as well.

Mysteries Of Laura the ONLY NBC program watched in our house. It has a strong cast, who can take serious police mysteries and inject a dash of comedy into the mix. Although we do not fall within the 18-49 age group NBC is wanting to capture, just remember that there is still an older demographic who does not need to get their reality fix from television.

I’m still not sure what major stick it is that impaled itself upon the buttocks of most tv critics concerning Laura. Maybe it wasn’t “real” enough, or dark enough. Whatever, because the show has been a breath of “refresh” air, as the show takes us back to a time when a detective could solve crimes and make us laugh at the same time, without the dark underbelly full of slime and bloody guts. Thanks NBC, and do more to promote the show so it will become the hit it deserves to be.

Very happy. This one was a pleasant surprise. I didnt think I would like it but I do, I really do!!

Love this show. It had an awful pilot episode, but now gets better and better. I don’t watch when it airs, but save it for preferred viewing some time later from my TiVo.

I love it. It is one of our favorite shows. It has so much packed into each episode : humor, mystery, romance.

Enjoy this show very much. We DVR every episode. As Pattti said, we also aren’t part of the favored demographic. Show makes us laugh!

I cannot believe that a new show that I really love has been renewed. Every time a new show starts and I invest in it they cancel it. So thank NBC soooo glad to see this one renewed.

We like this show. Of course, we are not in the 18-49 age group who seems to prefer “reality” TV.

I agree. I am in the fuddy-duddy group…LOL