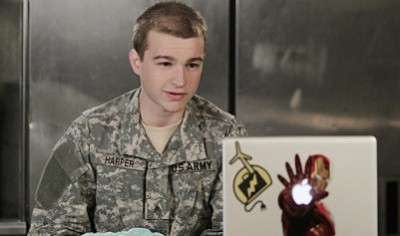 get rid of it ! Charlie isn’t on it and it stinks now

Well, you played a dummy on tv. So now you are acting like one. I don’t say that because of your new found “path” but for spreading it to others like you “KNOW”. I don’t know of anybody who is forced to watch anything. Many of the “pure”are hung up on sex but would steal their grandma’s gold teeth. CHECK OUT THE RELIGOUS THIEVES ON TV who always find an occasion to repent in thier Bentleys. Does that scenario sound familiar, Angus. You can be a true example of “your new truth” by returning – ALL- of the filthy money… Read more »

A prime example that demonstrates how religion poisons everything. To religious people: does his reasoning sound stupid? That’s because it is. Someone made him feel guilty and injected him with fear; we are now witnessing his mental imprisonment. Don’t be slaves to religion or faith.

I prayed for my brother to live and that god please don’t take my brother away. A second later he awoke after being electrified by a power line. That is hard stuff for a seven year old to take in. If you don’t believe in god fine. But don’t hate people that do.

haha wow some ppl. is the show great I think so and his Christian ways haha and he wants to say the show is filth. its not real life but his new found religion is here’s a fact about that when that religion was created they Killed people if they didn’t believe in it. now tell me what is worse a made up show that is FAKE or real life killings of ppl because they didn’t want to believe in Christianity?

His reasons to not watch are not good enough, stop watching because it sucks.

Replace him and let the show go on. I see Candy is coming back. Good idea.

I do not watch the show but what a bunch of crap.

it is about time someone made a stand against trash like Two and a half men. just because there is a large number of people who like the show does not men that it makes it right. the show is so foul and sexually immoral. When sheen left it was time to fold up shop. maybe this was his resignation. maybe he had been trying to get out of his contract and they wouldn’t let him. So now he has made his stand public. americans have always aloudanything and everything to be shown on tv just because the majority like… Read more »

A gay Christian is akin to being a sober drunk. It’s always instructive to hear someone profess to be a Christian…then launch into a tirade against the Christian beliefs of another.
As for the show…PLEASE…I don’t want to see Alan running around in his underwear ever again.
The show has run its course. Time to wrap it up. Bring back Charlie for an hour finale. He’s being held by Rose in an English dungeon. His escape/release would be a good way to end the series.

He is not really a part of the show lately anyway.
So I will not miss him when he leaves.

he already donates over half of his salary to charaties already 😉

Two and a Half Men is a TELEVISION SITCOM! It’s not the work of the devil, it’s not a sin, it’s not anti-Christian to like, watch or work on. I’m a GAY man and I am Christian. Being gay doesn’t make me any less Christian, nor does my liking of Two & a Half Men. Is the show raunchy at times? Yes, it certainly is, but I’m smart enough to separate the fictional world with ACTORS from reality. Angus is where he is today because of Two & a Half Men. To be one of three stars on a sitcom… Read more »

Jeremy, why must you bring your sexuality into this?

I believe he was responding to an earlier comment in which Chuck Lewis said “A gay Christian is akin to being a sober drunk.”

Why are some of you bashing him? He found something more important to believe in. Just because he’s leaving, it doesn’t mean the end of the show.

Good for him – I am so glad to see more people sticking up for what they believe.

I agree with Angus. I have watched the program and even laughed but the show is not appropriate for children. Angus was a child when he started on the program. He shouldn’t have been allowed to hear the R rated humor on this program. I’m surprised that he turned out to be a christian. I am bot.hered by the anti christian comments on this site. I am hearing that people do not have respect for christians or the Lord. Doesn’t anyone believe in God or have any morals?. I am ashamed that I watched the program, but I don’t have… Read more »