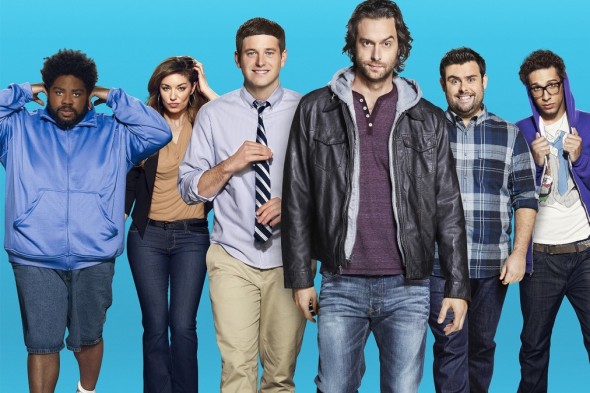 Reader
Do not cancel we love it! We also loved Whitney

Dont cancel it I love it

I think the show is very funny. I hope they keep it on.

Do NOT let this show die. I loved Whitney and I love Undateable even more.

This show is horrible! i watched the first episode and thought the jokes and acting was way too over the top making it terribly corny and excruciating to watch. I gave it a second chance the second week and couldn’t even make it through the episode. Please just let it end and never ever resurface again!

Personally, I actually think this is one of the best written shows I have seen in a while! The lines are great, the jokes are funny and the actors present them well. The only complaint I have it is would be nice to see them somewhere other than at Justin’s bar and Danny’s house. I hope it doesn’t get cancelled because the writers are AWESOME!

PLEASE… keep it as a summer comedy!

There is hilarious, dry, witty, humor by both women and men show is extremely well written, well acted and hysterically funny this show definitely needs to be renewed dont take this one away!!!

I am also a grandma & I love, love, love the show! I think ‘Danny’ is hysterical with all of his different comedic lines & actions!!! Please renew it for season 2 !

I am a 70 year old Grandma and I LOVE the show….Danny and Justin (little bird) are just great…..each of the characters has individuality…which makes all of them so much fun to watch…..I hope the show does NOT get cancelled..thanks

its baby bird and the show rocks!

Danny Burton is Annoying!
Sorry but I don’t think this show can last.

OMG! this is a turkey. The only reason I watched was everything is a repeat. Just let it die..

i watched both episodes and i already like it,it was funny.