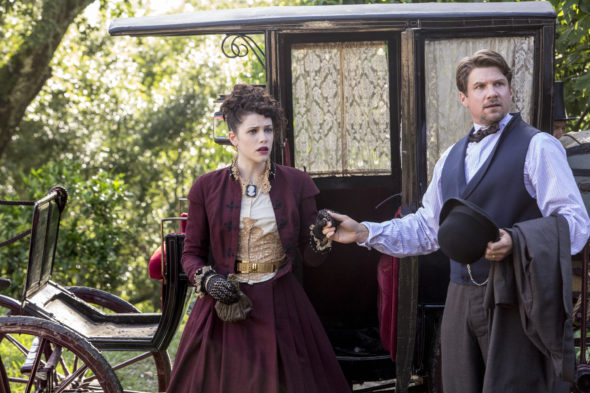 Underground was cancelled after just two seasons by WGN. Those behind the series did try to find a new home for the series, but that did not work out.

Jessica De Gouw spoke about the cancelled WGN America series in an interview with Digital Spy. She said:

“The Underground Railroad was really the first integrated civil rights movement and I think the show, across two seasons, tells the story of escape beautifully. You watch these people grow and learn and go from being victims to being heroes, changing the course of history. Yes, it’s a very American story and it’s a period drama, but I think it’s very relevant. We were shooting on plantations which still had the original slave quarters. It was incredible to be a part of bringing this story back to an audience, reminding everybody of something that happened long ago, but also doesn’t seem a too distant past from what we’re experiencing now. Everything was ‘rookie lawyer who’s a hot mess’ or ‘rookie cop who’s also a hot mess.’ This was beautifully written and a female character who felt different, complicated and with purpose.”

Did you want more of Underground? Tell us what you think.

It was great show an informative,great show hope someone picks it up please!!!!!