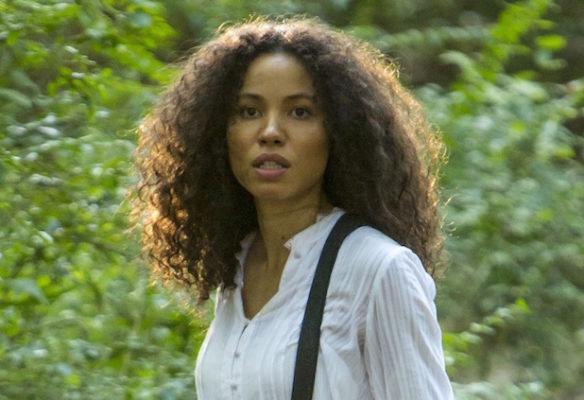 As reported earlier, the network cancelled the historical drama in May after only two seasons. The historical drama follows the heroes of the Underground Railroad who harnessed every bit of their wits, strength, and grit in order to escape slavery and live as free men and women. The cast includes Jurnee Smollett-Bell, Aldis Hodge, Jessica De Gouw, Alano Miller, Christopher Meloni, Marc Blucas, and Reed Diamond.

After WGN America cancelled Underground, the fans, creators, and stars were hopeful the series could find another network or streaming platform for a third season. Unfortunately, it looks like things didn’t work out.

On Twitter, Green announced Underground will not return to television (at least, not any time soon).

Read her full statement below:

What do you think? Are you a fan of Underground? How do you think the series should’ve ended?

This is a great loss. These stories need to be told.

I am very surprised bet did try and pick the show up..

One of the best shows ever! All the good shows with meaningful story lines get cancelled while all the shallow “reality” type stuff remains. What does this say about our society? Hoping Underground finds a platform to continue to shine.

With all the crappy shows that remain on tv. Really? Wow. This show is the best. I wonder if it is because of the content.

Nooo!!! This show is powerful. More seasons are a must!

This is so terrible…..I actually had not heard of the series but a friend had told me about it and so I decided to watch it. I so enjoyed the 2 seasons and was so disappointed when I started had for season 3 and saw it was cancelled. I really hope it does come back….the worst thing is to be into a show and hate when you can not see a ending……I would love to see what happens to Rosa Lee and the rest of the group……Elizabeth, Georgia, Noah and most of all Cato…..with his traitor butt……I want to know… Read more »

I would love to see Noah and Rosalee reunite with their baby and Rosalee’s mother and brother; and make it to freedom. I really wish a network would pick the show up. Come on Oprah and BET make it happen (PLEASE)

I love underground. I really want the show to come back.IbdPx

I so loved Underground..I would like to know what comes next , after she had the baby…Shoot !!!! I so wish some station would pick it up.

Well perhaps someone who has OWN or BET TV can request if they would consider picking up the show…..or maybe NETFLIX or HULU…shrug…just a suggestion. I don’t have social media so that is a no for me and I don’t have cable either…I have reverted to Antenna use…back to the dark ages almost unfortunately but I REALLY, REALLY LOVED the show…just read today it had been cancelled, what a disappointment…smh 🙁