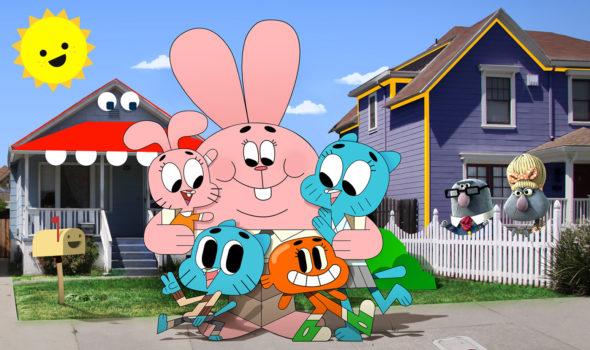 It seems The Amazing World of Gumball might not be ending after all. Recently, Cartoon Network released a statement concerning the future of the animated series.

Earlier, we reported that the show was ending after its creator, Ben Bocquelet, tweeted that season six would feature the series’ final episode.

Now, Cartoon Network has announced that while the series might not end after season six, Bocquelet will be leaving. As of now, he is working on the show’s sixth season.

Ben is currently working on season 6 and will then be moving on from The Amazing World of Gumball. We respect people move on from projects but we have a great and talented team behind the show. To date the series has won 28 international awards including 6 BAFTAs, and is also our most viewed Turner-produced show globally with more than 170 million tuning in worldwide last quarter. We have just greenlit another season and will continue producing the show and engaging fans across the world.”

What do you think? Are you a fan of The Amazing World of Gumball? How many more seasons would you like?

NOOOOOOOOOOOOOOO! IT’S MY FAVORITE!!!!! It’s so irreverent, hilarious, timely, topical, and one of the few too s I can’t live without!!!

I think that they should have at least 28 Seasons because I love the show and I don’t want it too end this soon. If you are reading this, CN, please please make the total of seasons 28 for the The Amazing World of Gumball!!!

Please continue with TAWOG. It’s AMAZING show. The only show that I love. It’s the only show that makes me laugh when I’m sad…..Even scary episodes can make me laugh. Or sometimes make me think about what will happen next. So yeah that’s why I think this show is amazing. And thats why I think you should continue with TAWOG.
Maybe just 5 more seasons?

I hope this show gets cancelled. It’s not as good as the old days anyway…

You’re so wrong. There’s a reason it’s the most popular show on Cartoon network

I loved the show in seasons 1-3 but after season 4, I hate the show. I hope it gets canceled if they make bad episodes

I love tawog all seasons are the best