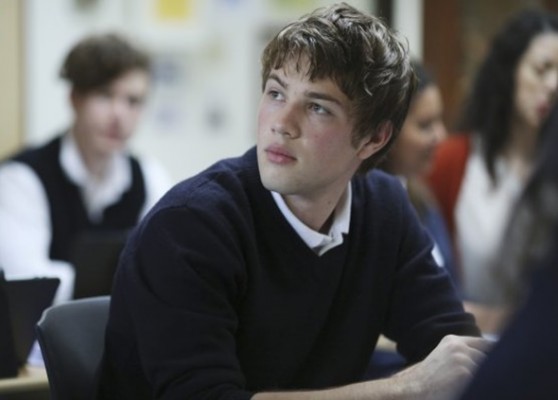 Each season of American Crime explores the effects of the legal process within the context of race, gender, and class. Season two focused on the alleged rape of a male high school student (Connor Jessup).

In the interview, Ridley said he doesn’t know if the drama will be picked up for another season:

I don’t know. I was made aware by ABC that they would do some early pickups and I’m not surprised by the shows that got picked up. They’re doing phenomenal. Channing [Dungey], since she’s been at ABC, has been an instrumental part of American Crime from the beginning. Nobody is a bigger fan or supporter. So I’m confident that everything is going to work out the way that it should in the end. I don’t think people can lament the passing of American Crime should it come to pass. I’ve been shooting a pilot for ABC and for another project I’ve been getting ready to go to London for ABC Studios. I haven’t really had a great deal of time to sit and ponder it. I really and sincerely believe that things will happen as they should.”

Based on ratings, it’s unclear what the renewal chances are for American Crime. Season two averaged about 3.7 million viewers per episode, which is more than a full million less than season one.

What do you think? Did you watch season two of American Crime? Would you like another season?

Outstanding job! One of the most honest shows on TV. Presenting controversial life situations at its finest. It should be required viewing for people to stay humble in the middle of our difficult times. It ‘had changed my point of view about very difficult and controversial issues. Please renew this show for season 3 in 2017.

Fabulous drama, casting, script, everything—makes me proud of American television, thanks all!

Great television. I hope it is renewed. I watched every episode and will do so again.

Yes most definitely, it’s one of the best series on tv and full of real situations, consequences and solutions

absolutely. this is fantastic television. in an age where trash like the kardashians continue to get on TV, to not continue something of such brilliant writing and acting, with compelling and topical stories would be a crime plain and simple, Sure, some folks won’t have liked the themes in S02, but those things are real, it happens more than most would care to consider. This is brilliant story-telling, entertainment as TV should be and a third season is a complete no-brainer surely?

I love this show! I will miss watching. Please bring season three to us! Society needs to be provoked to think about how our words and actions truly impact one person, then a family, then the community. The fact is “normal” is subjective and only means 51% or more while the world has an entire 49% of people that are unique. Being unique should be celebrated not insulted. We are a world of humans not robots. I feel the story lines from American Crime should be discussed with our children, teachers, religious heads…. We can all learn from this series.… Read more »

Yes I watched the second season. I would love to watch a three season. This show is awesome!

I absolutely love this season, I HOPE that it returns, the actors were fantastic as was the story line.

Love it!! Looking forward to season 3!!

Yes! Please bring it back!! I’m a fan in New Zealand. So little else on TV worth watching.

I’m really shocked with season 2 – with the depth and ambiguity of the characters. It is the TV-product of the highest standard, and, of course, I will wait for the new season with great anticipation.