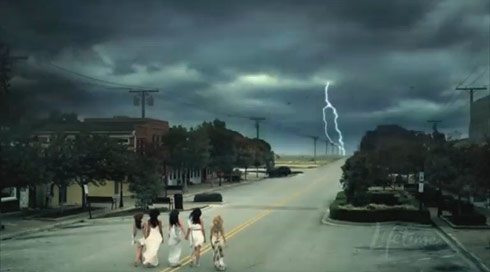 judging from the season finale another season is coming!!!!

If Lifetime cancels this show, clearly one of the best show on TV and leaves on trash like Dance Moms which show children being victimized by a sadistic teacher then I will have watched my last show on Lifetime ever.

Army Wives is a great show please bring it back for another season. It can’t end on such a sad note.

Please bring back this show, there are few shows on today that show family values like this, plus it brings noticability to the armed forces! Keep it lifetime!

Please have a 7th Season even if just a few episodes. Series cannot end with such a HUGE cliffhanger!

I was especially stuck by the ending. It implied that the C-17 in which just about all the major people were on board crashed. I have worked on C-17’s since their inception, not one has crashed. Okay, there was one in Alaska, that was due to pilot error. I love the show and hoped it wouldn’t end, but it leads me to believe that there is a movie in the works, or something else coming up. But we all know whenever we like something, it is taken off the air and we are left with crappy stuff like Dance Moms.

Excellent show. Bring it back.

ARMY WIFES WAS MY FAVORITE SHOW I LAUGHED AND I CRIED IT WAS SOREAL AND I AM GOING TO MISS IT SO MUCH. THEY LEAVE REALLY CRAPPY SHOWS ON AND THOSE REALITY SHOWS THAT I HATE AND TAKE OFF A GOOD WHOLE SOME SHOW LIKE THIS MAKES NO SENSE!!!!!!!! I HOPE THAT THEY DO A SPINOFF AT LEAST OF THE CHARACTERS THAT SURVIVED AND CALL IT THE SURVIVORS OR SOMETHING. WHAT DID HAPPEN TO CLAUDIA JOY WHY DID SHE ALL OF A SUDDEN DISSAPEAR FROM THE SHOW? I WOULD LOVE TO SEE ANOTHER SEASON OF ARMY WIFES I HATED THAT… Read more »

Please don’t end Army wifes, i always look so forward to Sunday night to watch this show. have to make phone calls early because my Mom, sister, cousin, and many of my friends watch this show, Please lifetime, we need something good to watch. Us to watch your channel all the time and the last few years can’t find anything good to watch anymore. I only turn own lifetime last year or so to watch Army Wives and Drop Dead Diva is ok so I watch that also but Army Wives is your number 1 show with everyone I know.

What a horrible way to end the show…I was an Army wife for almost 30 years and have really enjoyed this show. I cried all during tonights show knowing it was the end…but to end it with all of them dead is not my idea of a good finale. I do wish the show hadn’t ended…with all the stupid reality shows and dumb sitcoms this one was a breath of fresh air for the last 6 seasons. Shame to have it end.

Pat, I agree with you 100%. All Lifetime wants to show anymore is stupid reality shows and dumb sitcoms. Women watch TV and ages from young to old loved Army Wives. LIFETIME BRING BACK ARMY WIVES.

I would hate to see it end, especially as it ended last night. The story needs to be continued to a happier conclusion anyway.

Army Wives is one of the few good dramas on television. It is a wonderful show full of ordinary people dealing with everyday problems. We need more shows like Army Wives.

As a former military brat who joined the military and married a military man please do not cancel this show!!! It means a lot to us military children, members, and spouses. It’s something I look forward to every Sunday during their season. Don’t cancel it! Please!!

PLEASE don’t cancel Army Wives as it was a great show and I know many soldiers and their wives that love this show! This was one of my husband’s and my favorite shows! Please bring it back on and continue the story!