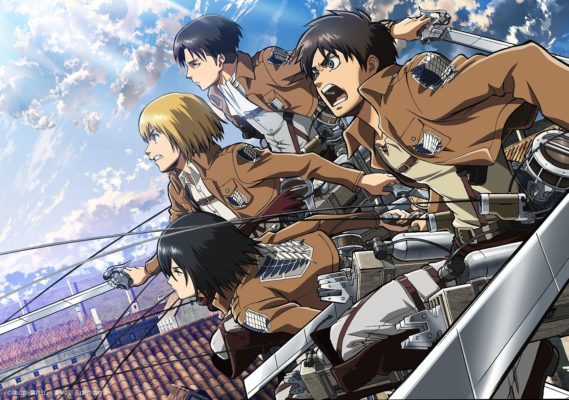 What’s next for Attack on Titan? It was just announced the fourth and final season of the TV show will debut in 2020.

The anime series, which airs on Netflix, Funimation, and Crunchyroll in the U.S., is set in a world that must protect itself from Titans, giant human-like monsters.

The fourth and final season of Attack on Titan is slated to debut in fall 2020.

Take a sneak peek and read a synopsis from Newsweek below:

The battle to retake Wall Maria begins now! With Eren’s new hardening ability, the Scouts are confident they can seal the wall and take back Shiganshina District. If they succeed, Eren can finally unlock the secrets of the basement—and the world. But danger lies in wait as Reiner, Bertholdt, and the Beast Titan have plans of their own. Could this be humanity’s final battle for survival?”