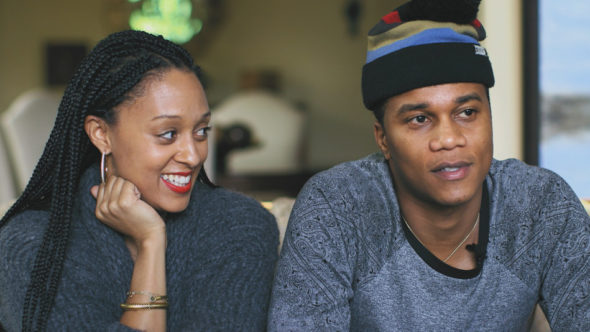 Love is in the air this summer. OWN just announced season three of Black Love will debut this August.

The docuseries “seeks to answer the burning question, ‘What does it take to make a marriage work?'” This season will include appearances by Terry & Rebecca Crews, LeToya Luckett & Tommicus Walker, David & Tamela Mann, and more.

Season three of Black Love premieres on OWN on August 10th at 9 p.m. ET/PT.

LOS ANGELES – OWN: Oprah Winfrey Network announced today the third season of its popular docu-series “Black Love” will premiere on Saturday, August 10 at 9:00 p.m. ET/PT. The series, which celebrates love stories from the Black community, ranked number one last season in its Saturday night time slot across broadcast and cable with African American W25-54 and W18-49.

This season the docu-series will focus on several couples which include Terry & Rebecca Crews, LeToya Luckett & Tommicus Walker, David & Tamela Mann, Kandi Burruss & Todd Tucker, Egypt Sherrod & Mike Jackson as well as numerous everyday couples from all walks of life. “Black Love” continues to pull back the curtain on how a relationship blossoms and the reality of marriage day in and day out, offering proof that it can happenfor everyone, but it isn’t without ups and downs.

“Black Love,” an NAACP Image Awards nominated docu-series from filmmakers Codie Elaine Oliver and Tommy Oliver (“‪The Perfect Guy”) and Confluential Films, seeks to answer the burning question, “What does it take to make a marriage work?” The Olivers set out to increase representation and create transparency around marriage in the Black community and first launched the show as newlyweds. They’ve now been married almost 5 years and are raising three sons under 3 years old. As their marriage and family have evolved, they show’s topics have also deepened.

What do you think? Have you seen Black Love? Will you watch the new season?