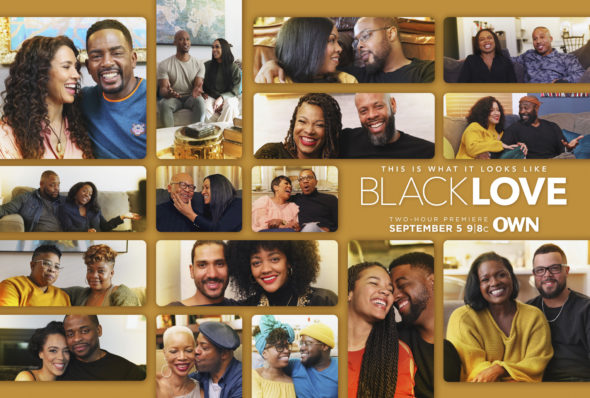 Black Love is just weeks away from its fourth season premiere on OWN. The episodes will begin airing in September and the new season will feature couples Bill & Kristen Bellamy, Jemele Hill and Ian Wallace, Deborah Joy Winans and Terrence Williams, and Dulé and Jazmyn Hill.

OWN revealed more about season four of Black Love in a press release.

“Oprah Winfrey Network announced today the fourth season of its popular and ground-breaking two-time NAACP nominated docu-series Black Love will premiere back-to-back episodes on Saturday, September 5 at 9:00 p.m. ET/PT. The series, which celebrates love stories from the Black community, ranked #1 in its Friday night time slot across all cable with African American W25-54.

Black Love, created by husband-and-wife filmmakers Codie and Tommy Oliver continue to present real, honest, emotional, and transparent love stories from some of the most successful people in business, entertainment as well as everyday couples. This season, featured couples such as Dulé Hill & Jazmyn Simon, Jemele Hill & Ian Wallace, Bill & Kristen Bellamy, and Deborah Joy Winans & Terrence Williams will discuss topics from the early days of marriage to navigating grief, mental health, and the changes in intimacy over time.

Black Love, from filmmakers Codie Elaine Oliver and Tommy Oliver (‪The Perfect Guy) and Confluential Films, seeks to answer the burning question, “What does it take to make a marriage work?” The Olivers set out to increase representation and create transparency around marriage in the Black community and first launched the show as newlyweds. They’ve now been married over five years and are raising three sons under four years old. As their marriage and family have evolved, the show’s topics have also deepened.”

What do you think? Are you a fan of the Black Love TV series? Will you watch season four and its couples on OWN?