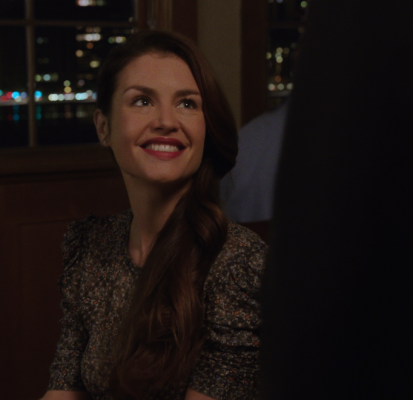 Multiple sources are reporting the news that we all saw coming. Betrayal has been cancelled and won’t be back for a second season on ABC.

On Betrayal, the extra-marital affair of two professionals gets even more complicated when their families end up on the opposite sides of a murder trial. The cast includes Stuart Townsend, Hannah Ware, Henry Thomas, Chris Johnson, Wendy Moniz, Braeden Lemasters, Elizabeth McLaughlin, and James Cromwell.

The drama had poor ratings right from the start and then, the numbers got even worse in subsequent weeks. The finale registered just a 0.7 rating in the 18-49 demographic with 3.3 million viewers.

Despite the dismal ratings, the network denied that the show had been cancelled. Thankfully, the last episode provided some measure of closure for the devoted fans who stuck with it.

What do you think? Are you sorry that the show’s been cancelled, that there won’t be a second season of Betrayal?

This was not a show that I found enjoyable or entertaining.

So distraught over this news! I am very disappointed in ABC as well. Betrayal was a great show! I knew tons of people who were hooked on it! I am tired of getting hooked on a show just for it to get canceled. UUGGHH

Leslies, I agree with you 100%!!! Betrayal was one of my favorite shows, and for ABC to not only cancel it, but to also leave us hanging on the cliffhanger at the end of the season finale was cruel! Wonder who Sara met for drinks..damn you ABC!!

ONLY SHOW I BLOODY ENJOYED AND NOW YOU CANCELLED IT **** SAKE

I am very disappointed that betyral is not coming back.

Oh, no way! I agree that the story had a lot of potential which have not been pointed in the first season, but it was a great story and could do much better in the next seasons to come. What a shame…

I am so disappointed in ABC. That was a good show.

Very disappointed in ABC…such a great show…addicting. I hate when I get attached to shows, characters and storylines just to have them gone. I watch only 3 dramas…Scandal, The Good Wife and Betrayal. Please give it a chance to garner more viewers!!!! It’s worth a SAVE:)

Disappointed too, it was never promoted to gain more viewers. It may not appeal to everyone, but it was so much better than most of the reality and boring procedural shows. The fans who watched were addicted, but the ending rushed to tie up the story, and it left a huge cliffhanger with no chance of an answer. The fans are sad and annoyed by the finale, such a waste to not continue a great show with a wonderful cast, too.

Im done with ABC, Betrayal was a very good show, great acting, really good story line. Why these execs don’t get it, give a show a chance. That’ s how Breaking Bad was given a chance to grow and that’s one of many shows. I do hope a cable network picks up the show.

I am done with ABC now. I will boycott Scandal and Revenge because ABC is so stupid in axing quality shows, while saving crap such as Resurrection. I wish one of the intelligent cable networks would pick it up. It does have a strong following regardless of the lame decision made by ABC!

I’m also disappointed; I was looking forward to its return! Why do they always cancel the “good ones?”

Now we will never know who Sara chose, Jack or her husband. We knew this was coming because they keep all the crap and cancel all the good shows.

What a shame.. and outstanding ‘adult’ series.. I am very, very disappointed that this show has been cancelled. I watch so little TV.. there’s so much crap out there.. This was an excellent show. Too bad..

I will NEVER follow a series again. This one was TOO good. If it weren’t on Sunday night with no repeats like there are on cable series, it would have done great. I like the Good Wife and many times miss it because of all the sports that are on Sunday. It was much better for me and for many others when it was on on a weekday evening. You should have tried Betrayal on a week day night. Disgraceful.