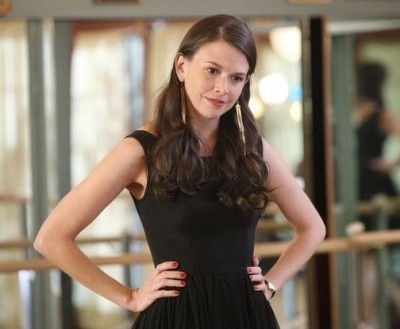 ABC Family has officially cancelled Bunheads after one season and 18 episodes. The fate of the Sutton Foster dramedy had been up in the air since the last episode aired in February.

In a statement, the cable channel said, “Bunheads is a wonderful series that we are very proud to have aired. The series had amazing storytelling, the most talented cast and a passionate and loyal fan base. Recognizing all of this, we took extra time to try and find ways to bring the series back for another season, but in the end it simply wasn’t possible. We wish the cast and crew the best in their future endeavors.”

Bunheads debuted last June to 1.64 million viewers but the ratings declined over the course of the season. ABC Family ordered more episodes but when the show returned in January, the numbers got worse and worse.

The cable channel was supposedly working on finding ways to cut costs so they could bring the show back but those efforts were unsuccessful.

What do you think? Are you sorry to hear the show’s been cancelled? What would you liked to have seen in season two?

They could have at least done a two hour finale to wrap up the storylines. This was very disappointing to loyal viewers.

Bring it back! It was ballet + gilmore girls…Best show ever!

How about a mini-series to wind things up.

I loved Bunheads. The dry wit of the show was very funny. The cast was amazing. I use to be a big fan of ABC Family but have been disappointed with what they call “Family” shows lately.

change your decision ABC Family. im a bigfan of bunheads i was looking forward for season 2 and more ……….i really hope you chane your decision please do re-think.

I had been waiting for Bunheads to air again. I am deeply saddened! This was a nice wholesome show. Hilarious with a nice storyline. I really hope that ABC Family will reconsider. As this is really one of the only if not the only show that I was looking forward to catching again. ABC Family, please reconsider.

Horrible decision ABC Family!!! I am a big fan of the network, I watch many of the shows regularly aired, but have been waiting on Bunheads to come back!!! I think they should reconsider and really give it a chance. Maybe changing the day / time of the show might help!! Ravenswood is horrible… replace that!