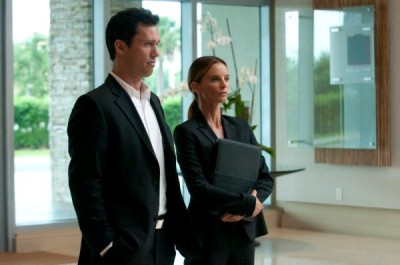 I beleve that Burn Notice SHoULD be renewed every year. It is such a good show with all apisodes having you hanging on to your seat. Why they always want to cancel GREAT shows is far beyond me. Kerp it going and let Michael and Fiona get back together. They are so HOt as a couple.

Burn notice is the best of the best. Their new shows like Graceland does not measure up compare with burn notice and the others like white collar, psychic only to mention a few. this fall line up the family does not look like it will make it–if I wanted to watch something like that I would be watching ABC, CBS, and NBC that is the quality they put out. USA has a line up that we watch–why spoiled it?

I don’t understand why they are taking Burn Notice off the air. It is such a good show that I look forward to each week. It is getting to where this day and time you can’t find a good show to watch on T.V. anymore all they want to put on is reality shows and stupid sitcoms. What happened to the good old days when it didn’t matter what channel you watched although we didn’t have many channels you could find a good show to watch. There are only about half a dozen shows during the week that I watch… Read more »

Burn Notice is such a fun an entertaining show it is so ridiculous for it to come to an end. There are so many other shows like NCIS etc. that have more or less same plot and is still going strong. Burn Notice has intrigue, comedy, drama and action wich makes it so great to watch every week. I watch the reruns on Netflix all the time. Please do not cancel.

I am very upset to hear Burn Notice is being cancelled. It is a big mistake to take such a great and exciting show off the air. I know so many people that love and watch the show all the time. Whoever is making this decision is so totally wrong.

I don’t get why anyone would in their right mind *cancel* a TV show that has such high ratings as Burn Notice? Back in the 80’s Miami Vice was also a much-loved television show and was every bit as popular but unfortunately that series lost it’s spark the last couple of seasons. Burn Notice on the other hand has not, and is more popular today than it was in season one. I just don’t get it why any network would want to end a show that has the story potential of Burn Notice. There are so many stories left to… Read more »

They will never listen so why bother