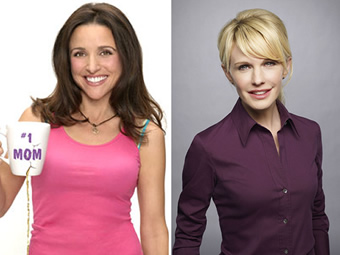 Of all of the networks, CBS has the most viewers. Unfortunately, their shows also tend to skew older. CBS tends to be the most tight-lipped of the networks so early news of renewals and cancellations doesn’t happen as often.

Here’s a listing of CBS TV shows with their current status. This list encompasses shows that have aired from July 1, 2009 through June 30, 2010.

Cancelled (or ending)
Accidentally on Purpose: Sadly, we won’t get to see the two as parents.
Cold Case: Gone after seven seasons.
Gary Unmarried: Won’t be back for season three.
Ghost Whisperer: Gone to the TV graveyard after five years.
Miami Medical: Won’t return next season.
The New Adventures of Old Christine: Cut after five seasons and 88 episodes.
Numb3rs: Season six is the end.
There Goes the Neighborhood: The competition is over.
Three Rivers: Cancelled last year after one season.

What do you think? Any news that makes you particularly happy or sad? When compared to other networks, is CBS better or worse about cancelling shows?

Moonlight got canceled so our favorite vampire went to Pittsburgh to be a doctor in Three Rivers. That got canceled, so now he is starring as Steve in the re-make of Hawaii Five-O.
The lad is getting closer to where he originally came from: Australia.

Being someone who comes from a family of military officers and a father who was a police officer and I myself am a sensitive to the paranormal, watching Cold Case and Ghost Whisperer really gave me the feeling that I could relate. Now you CBS so-called uppity ups sit up there in your plush little offices and decide what people should watch and what they shouldn’t? Well none of you asked me? You take Cold Case and Ghost Whisperer off the air and you will not only be losing two of your best shows of your stations career but you… Read more »

CBS what was you thinking canceling Cold Case and Ghost Whisperer that was a really a stupid move . They were very good shows and I looked forward to watching them when they returned in the fall this is a big disappointment and I’m hoping maybe one of the other stations will pick them up . And really big brother is boring , and so is amazing race . And undercover boss is stupid .

I can’t believe Christine is cancelled, there are not alot of funny sitcoms on these days, just crime and reality, what a disappointment CBS!

I cannot believe that CBS cancelled The New Adventures of Old Christine and Gary Unmarried. I was really looking forward to those two shows!

CBS sucks…..they cancelled the only shows I watch on CBS, accidently on purpose, gary unmarried, and new adventures of old christine. CBS you lost another veiwer!!!!!

It’s very sad about all of the cancellations that CBS has done!!! I agree with the others, they air junk like big brother, amazing race, survivor and the take away the good stuff like 3 rivers, ghost whisperer, numb3rs, gary unmarried, cold case, moonlight and all of the others! I don’t think that they realize that people are hesitant to watch anything on CBS because you are afraid to get involved with any of their shows because more than likely they will cancel it! A real shame!

I can’t believe that Cold Case and Ghost Whisperer won’t be returning. Cold Case was well written and the casting was exceptional. What is CBS thinking, you are catering to the younger generation with shows like Big Brother- I guess I will be reading more this fall

What are they thinking???? Keeping shows like Big Brother, Undercover Boss and The amazing Race and dumping well written and engaging shows like Cold Case and Numbers – Really???

I can’t believe that Big Brother is still on. This show is garbage. CBS what are you thinking. Your cancelling enternaining shows to leave this junk on.

Two and a Half Men would be funny without Charlie aways in bed with someone. Not very wholesome show if you have teenagers around. It is just one more show that acts at de-sensitizing our young people.
Cold Case was my favorit show –wish it wasn’t being taken off!!!

I really liked October Road but it disappeared one season. It was a fatal error starting it mid season. I’d love to have it back

miami medical was very good, it should have stayed on. a lot of people liked that show. we also liked flashpoint, very very good show. i’m so tired of survivor and amazing race.

thought miami medical was a great show i want more

I agree! I loved Miami Medical & Flashpoint. I like the Amazing Race, but thik Survivor is stupid. I also think Old Christine, Gary Unmarried, & Accidentally On Purpose should have stayed.

what happen to moon light,shown on Thursday night at 9:00pm, it’s my favorite show finish all my chores early and waiting from 8:00pm to watch moonlight.

CBS has really disappointed a lot of people by canceling New Adventures of Old Christine. The writing and the cast were great . I won’t be watching anything on CBS anymore because there is nothing I have any interest in watching anymore. Bring it back please, very few shows are laugh-out-loud funny. We are going to miss you Christine cast!
Ghost Whisperer was great, but had run it’s plot dry. Don’t get me wrong I did love it.