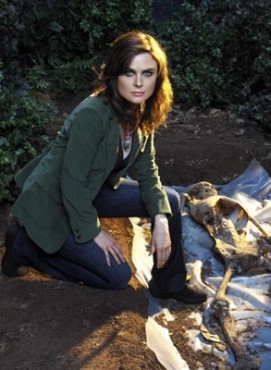 A couple of my favorite shows on Fox have been cancelled I am very disappointed.

Human Target is one of those. I looked forward to the uniqieness of this show.

I didn’t see House on the list but thought I read that it was cancelled. Please tell me it’s not so.

What’s the name of the show that comes on (Thursday i think) after American idol about the little boy that doesn’t speak but writes numbers? The boy and his dad are memorable but i guess the title of the show isn’t. I really like the show but wish it were all in English. I think having to read what the actors are saying in another language, on the bottom of the screen is a turnoff. Keep the show, but in English.

I’m glued to the TV when American Idol comes on and watch them religiously and vote. I’m also glued to Bones. I like Lie to Me, and So You Think You Can Dance. Occasionally I watch Hell’s Kitchen (I like the star as he’s really nice, saw him on Letterman).

Family Guy and Simpsons turn me off.

I like the music on Glee but the plot suks.

Please see if there is anything about Alcatraz being renewed hopefully. I only watch four shows this season and it is the best of the bunch! Thank you.

What is wrong with FOX? After just a few weeks they have cut My Teenage Daughter from their schedule. Rumor has it that Breaking In may not be too far behind. We need to save our sitcoms. The prevalence of reality shows on Tv now is horrific. Don’t watch them and never will. “Daughter” had good writing and capable stars and Breaking in has Megan Mullally, need I say more? Let’s stop the insanity and budget saving reality shows from becoming all we can watch on TV. Keep our sitcoms alive!

I wish that you would find A way to bring back prison and 24 to of the best shows ever.

Keep coming with the eposides of Bones, love the show.

Not sure if you “officially” know this yet but:

lie to me, human target, good guy’s gone and yet bob’s burger and the clevland show are still on who is in charge over there someone one’s nephew a monkey could do a better job no wonder you keep losing in rating’s I hope some other station buy’s the right’s to these show’s and put’s them back on maybe ION or CW one can hope they have done it before and been successful. and do not forget to read AL’S comments above he covered the other show’s

The one that lives on in infamy for me…”Firefly”
Who did that one?..Joss Whedon..doesn’t he have a huge hit with the Avengers right now.

So cancel a well written and acted quality show like the Chicago Code but keep a show that is demeaning and racist among other things like The Cleveland Show. It’s sad that Americans are so interested in such mindless crap. Yes, it’s entertainment, but it has NO redeaming qualities. Yes, it’s good for laugh, but at what expense? This show, Family Guy and others like it are indicitive of why a lot of people, especially those in their teens through twenties really have no boundries. The nuclear family is crap. The erosion of traditional households and families is why this… Read more »

Im disapointed to see Human Target canceled. This show was real life drama unfolding and protection being needed by Chance. Last season left us waiting to see the new episodes and my DVR has been set to record them but they are no more 🙁 Can you plz find a way to renew this show? Thanks 🙂

You’ll keep ‘American Dad’ and “Family Guy’ on, but cancel AMW? Shame, shame, shame on you. Those shows are absolute trash. AMW is accomplishing something. Come on!!!!!!!!!!!

Love love LOVED The Chicago Code. It was cancelled months ago and I still miss it. The acting was great, the story lines were suspenseful, its cinematography was beautiful. This show should surely be brought back or moved to another station.

human target was one of the best action shows on tv it should never have been canceled. if we have to watch a pregnant star for a full season at least leave one of the good shows alone like human target it was believable