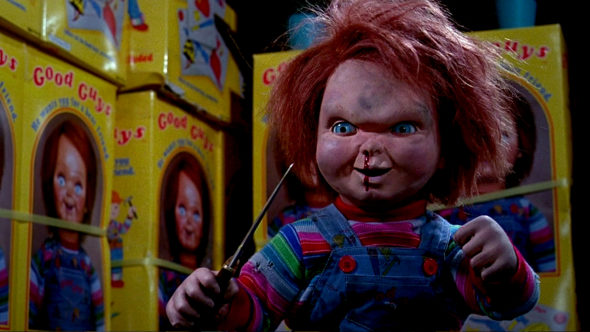 According to the report, the eight-part series will be a continuation of the film franchise, which centers on Chucky, a doll possessed by a serial killer. The original movie, Child’s Play, was relased in 1988 and has been followed by six sequels.

A network for Child’s Play the series has not yet been named, but Mancini recently posted a teaser for the upcoming TV show:

What do you think? Are you a fan of the Child’s Play movies? Will you watch the TV show?

It will be airing on scifi.

Are these networks that desperate? What’s next, a Titanic 2 series?

Could be very interesting as long as they don’t dumb it down.

It better be on a premium cable channel so it doesn’t have to be PG’d.