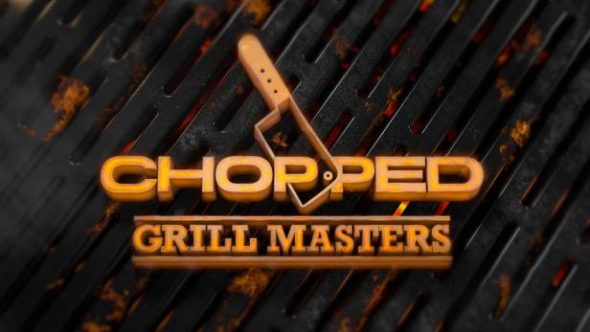 Chopped Grill Masters is back just in time for summer barbecues. Recently, Food Network announced the TV show will return for a new season in July.

Hosted by Ted Allen, the new season “challenges the grill masters to showcase their skills over three rounds – appetizer, entrée and dessert – as they utilize the mystery basket of ingredients to create unique and delicious dishes that will wow the judges.” Each episode will feature competitors from popular barbecue regions, including Kansas City, Memphis, North Carolina, and Texas.

NEW YORK – June 13, 2018 – Grill masters from four popular barbecue regions across the country are entering the Chopped kitchen for a fiery new season of Chopped Grill Masters, premiering Tuesday, July 31st at 9:00pm ET/PT on Food Network. Over five episodes, four top-notch grill masters from Kansas City, Missouri; North Carolina; Memphis, Tennessee; and Texas compete for a cash prize and hometown bragging rights. Hosted by Ted Allen, and featuring a rotating panel of Chopped and special guest judges, including Moe Cason, Scott Conant, Melissa Cookston, Amanda Freitag, Alex Guarnaschelli, Elizabeth Karmel, Myron Mixon, Marc Murphy, Chris Santos, Ernest Servantes and Geoffrey Zakarian, each regional episode challenges the grill masters to showcase their skills over three rounds – appetizer, entrée and dessert – as they utilize the mystery basket of ingredients to create unique and delicious dishes that will wow the judges; each episode will also include a hometown specialty in one of the baskets, giving the competitors the opportunity to really bring the competition home. The winner from each regional heat will go on to compete in the finale on Tuesday, August 28th at 9pm ET/PT for the $50,000 grand prize.

“This season of Chopped Grill Masters is more competitive than ever before,” said Courtney White, General Manager and Executive Vice President, Programming, Food Network and HGTV. “With a national stage, it isn’t just local bragging rights at stake, the chefs need to also bring their absolute best to the Chopped kitchen if they want to win, not only for themselves, but for their home state.”

On the first episode, the best grill masters from Kansas City showcase their skills to see who will advance to the finale. Twenty minutes in the appetizer round does not seem long enough to deal with the double cut pork chops in the appetizer basket. A bubbly surprise in the entrée basket prompts the chefs to bring the sweet to their dishes. And pineapple and banana are two of the flavors that must be married on the last two competitors’ dessert plates. Other episodes during the tournament feature a creepy, crawly, crunchy surprise that challenges the chefs in the appetizer basket; a state-fair treat and an iconic Texas meat in the entrée basket; and some Southern favorites in the dessert basket that gives competitors a head start in bringing Carolina flavors to their sweet plates. Then, in the finale showdown, the individual winners from the Kansas City, Memphis, North Carolina, and Texas heats return to compete for ultimate bragging rights. A wild, smoky ingredient in the appetizer basket kicks things off, while the judges expect magnificent meat-and-potatoes entrée plates from the three remaining champs. The very last basket of the tournament is packed with sugary, festive ingredients, but which champion can pull off a sweet victory and walk away with the $50,000 prize?

Get to know the grill masters, browse photos of the action, and watch video highlights all tournament long at FoodNetwork.com/Chopped. Tell us your ideas for grilling with the mystery basket ingredients using the hashtag #Chopped.”

What do you think? Are you a fan of barbecue? Will you watch the new season of Chopped Grill Masters?