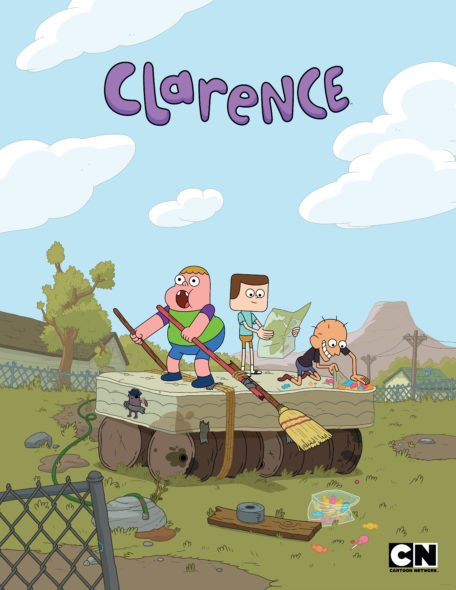 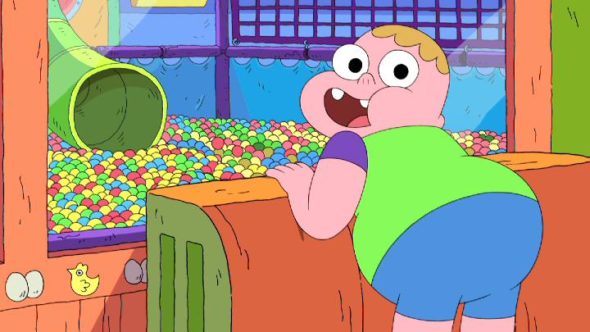 I am 31 years old and I love this show. Makes me feel young again and gives me hope for some crazy reason. I love his imagination , something I didn’t have when I was younger. I feel like I have his spirit in believing everyone has innocence in them. I feel free and young when I watch this. And it made me laugh!

Clarence COME BACK!!!!!!!!! Please!!!!! My family enjoyed the many laughs that this cute show brought us. We still have all of the episodes recorded. So disappointed that they would cancel!!!

I’m so disappointed that this show was canceled. It was one of the shows I actually recorded to relax to on Saturdays. I will never understand why it wasn’t given at least another 3 seasons. Who’s in charge of making these decisions? Maybe they need to be cancelled! I’m seriously disappointed! Bad decision Cartoon Network…SMH!

Loved the show! Maybe we’ll see it relaunched on another network!

My family & I loved watching Clarence! He has such a big heart & wonderful outlook on life, which is good for us all to see. It’s super funny too! Do not want it to end!

WE just figured out that Clarence was not renewed and we are devastated. Our family watched it together. It was creative and different.

I liked clarence as being both fantastic yet realistic in its own way. However if it was cancelled then i think it should be as such even though i think i very much would have liked if the series would have continued.

Im 26 years old and I’m pissssed about this

Im 24 years old and I’m pissed about it.

You know, I’m 14, and just figured out the show was cancelled, it’s sad. It was a good show. It was funny had stupid antics, and put it all in the eyes of a boy. It didn’t have stupid butt jokes every episode, might have sprinkled them in from time to time, but they were saved for good moments. The jokes were well placed, and the show didn’t have a stupid plot and stuff. I just followed a character and his friends. Now, I would say Cartoon Network is getting better, 2019 looks like it’s going to be a great… Read more »

I think it’s really messed up that the show was canceled . That was my favorite show to watch with my kids and its seems like every time something good starts somebody has to mess it up. I mean it was only on for 3 seasons just long enough to get good and then it’s gone but all those other stupid on cartoon network just keep on going. Sorry but very peod because of this and don’t even watch cartoon network no more. Me and my kids just stick to Nik and spongebob now

I watch Clarence every week with … my husband! For us it’s one of the most endearing and memorable cartoon in a while (yes, we do watch a lot of cartoons) Clarence and the whole bunch became our Simpsons. A tinny universe with relatable characters and clean funny child/adult jokes. We’re still hoping for a comeback… so… what do you zay you guyzz?! Letzz do thizz!!! ❤ (I’m watching Clarence right now btw)

Of all the over the top , hard to follow or even understand shows that pass for cartoons these days Cartoon Network decides to cancel the best cartoon series its had since Courage the cowardly dog !!!??? WHO MAKES THESE DECISIONS? Clarence was unbelievably fun to watch but also was a great example on how to act like a human being to other human beings from a very early age !! I have 9 yr old twins and there’s plenty for them to watch on how not to act but were lacking the other way ! I think this was… Read more »

Somebody make a petition to bring this back