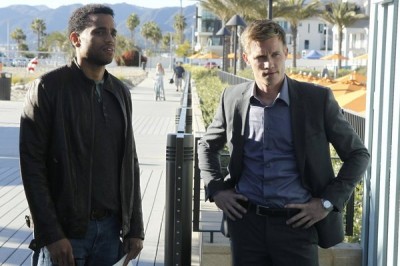 It looks like Common Law won’t be back for a second season. While the TV show hasn’t been officially cancelled by USA, the signs are all there.

Common Law follows a pair of LAPD detectives — Travis Marks (Michael Ealy) and Wes Mitchell (Warren Kole). They bicker but their talents mesh so well that their commanding officer, Captain Sutton (Jack McGee), orders them into counseling to keep the team together. The series also features the talents of Sonya Walger, Elizabeth Chomko, Alicia Coppola, Nora Zehetner, and Reed Diamond.

The first season averaged 2.13 million with a 0.6 demo rating on Friday nights. It was the lowest-rated original scripted series on USA this summer, performing worse than Fairly Legal, the sophomore series that also aired on Fridays.

According to Deadline, Common Law’s fate seems all but sealed. The options for the entire cast have expired so those contracts would have to be renegotiated for a second season to happen — if the actors aren’t committed to other projects. In addition, the show’s executive producer and showrunner, Craig Sweeny, has been hired as an executive producer on CBS’ Elementary series — a new take on Sherlock Holmes.

What do you think? Would you like to see a second season of Common Law? Why do you think the show didn’t catch on with a bigger audience?

this sucks I have been waiting for season 2 to find out there wont be one big let down thanks usa!!!

I really enjoyed Common Law. The characters were fun. There are a couple shows on USA that are irritating, but they are still on. Please bring back Common Law.