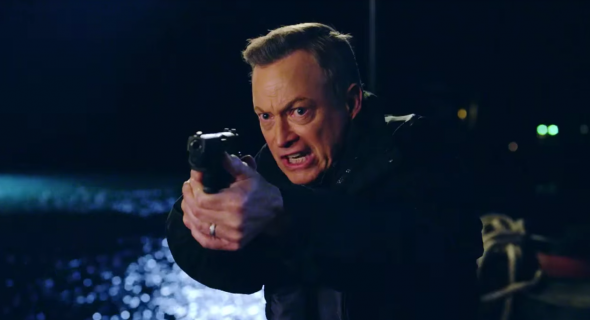 What’s next in store for Criminal Minds: Beyond Borders? Recently, star Gary Sinise teased season two of the CBS series.

On Twitter, Sinise posted a photo of himself on set at Universal Studios with a poster announcing season two of Criminal Minds: Beyonds Borders debuts on March 1st, 2017.

Shooting at Universal Studios today. Are you ready for Season 2 on March 1st? #CMBB https://t.co/XzUuWKECV6

What do you think? Are you a fan of Criminal Minds: Beyond Borders? Are you excited for the new season?

Waiting for another season of
Beyond Borders. Great actors.
Great show.

YES! I love this show and Gary Sinise. It showed you that bad things can happen to overseas travelers.

Love, love , love Gary Sinise in anything he plays, movies or his band. SO happy Beyond d Borders is returning. Great suspense drama. Thank you, Gary, for all you do for us vets!!! God bless America!

I love this show. Please don’t cancell, I am all for this show. It’s got strong charactersense and plot lines.

Started watching this recently in uk I find the acting not as good as I’ve seen in other shows of this type, still don’t understand why the medical examiner goes on all the arrests?

Love this show so glad it has been renewed..

I am looking forward to the 2nd season of Beyond Borders. I think Gary Sinise is just great as always and it is an interesting show. I am just glad the powers to be have given it a second chance to excel as I am sure it will.

Love this show! I am glad CBS renewed the series for another season. Gary Senise is a phenomenal actor that truly cares about our Active Duty Military and Veterans! His work in this area should be a beacon for others to follow.

Soooo happy it is coming back !
Can’t wait to watch it!

I’ve been a fan of Gary Sines for years. Happy he’s coning back for season2!

I really like the spin off and cast of Beyond Borders! Glad you’re giving it the chance it deserves!!!!