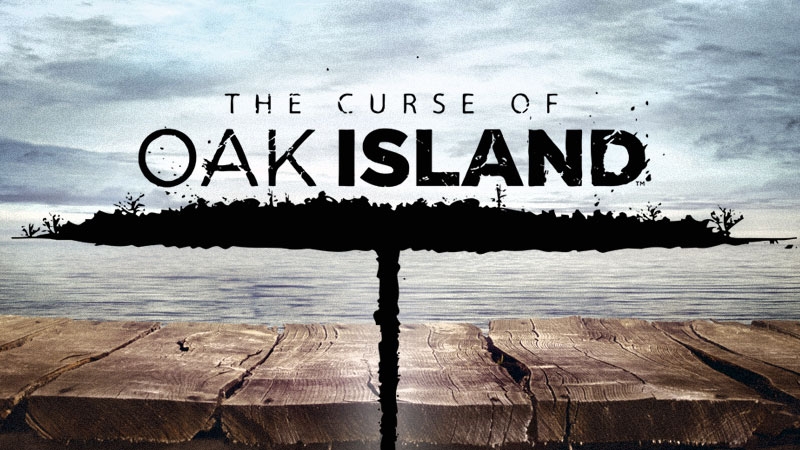 Get ready for a brand-new season of The Curse of Oak Island. History Channel announced the premiere date for season five earlier this week.

“Brothers Rick and Marty Lagina are taking their historic quest to solve the 222-year old Oak Island mystery to epic new depths when HISTORY’s #1 series The Curse of Oak Island returns for season five premiering on Tuesday, November 7 at 9 PM ET/PT. Across all platforms, the last season of “The Curse of Oak Island” averaged 5.4 million viewers per episode and is the network’s #1 series in key demographics. “The Curse of Oak Island” is a top five nonfiction series this year on cable and averaged 4.4 million total viewers last season in Live+7 delivery.  Additionally, the series reached 35 million total viewers in linear Live+7, according to Nielsen Media Research.

Armed with the knowledge gained and evidence gathered in their years on Oak Island, the Lagina’s and their partners, are doubling down with new technology and heavy machinery as they go full bore into what they believe is the famed Money Pit – a 160 foot deep hole first discovered by three teenage boys in the late 1700’s – which is believed to be hiding a cache of valuable items.  This season, while specialized drilling rigs dig deeper than ever before, new artifacts, including a Pirate’s chest and a set of keys for three other chests, surface that deepen the mystery.  What the Lagina’s will unearth this season may ultimately answer the question that hundreds of searchers – including President Franklin Delano Roosevelt – have been asking for over two centuries: what’s really hidden at the bottom of Oak Island?

Are you a fan of this series? Will you check out season five? Tell us what you think.

I love the show and i’m waiting for the next season and the finale of the Lagina Brothers and all who is involve in finding the Treasure…… and who is the 7 th person to perish as to finding the treasure….. I sure hope this documentary show would be on DVD for rent or own …..

I find the show interesting and capitative. I like the approach, discussions and details. I am a fan!

Really looking forward to the upcoming new shows. I hope they find all they are looking for and I hope instead of wasting time going over what the last show covered they spend more time on what actually is happening now. And, is Rick married?

I can’t wait until Nov 7th. I love this show, was wondering is Rick is married. I know Marty is. What excitement they must be feeling doin this. I’m on pins and needles!

VERY good show, looking forward to the start of the new season.

I have loved watching Curse of Oak Island. Next year I check on if it will be on television the following year. I am aware it must end at some time, hopefully when they find the treasure.

I can’t wait for new season..Will that be in 2019 ? I do not care if they find any gold I just love to watch the show.

I LOOK FORWARD EACH WEEK FOR THE NEXT EPISODE OF THE CURSE OF OAK ISLAND. BUT THERE ARE TIMES I FEEL THAT TOO MUCH IS REPEATED FROM THE PREVIOUS WEEK AND TAKES UP PRECIOUS TIME FOR NEW INFORMATION. THEN I FIND MYSELF GETTING A LITTLE BORED. I HOPE THAT THIS YEAR THERE WON’T BE AS MUCH REPETITION. THIS IS A VERY GOOD PROGRAM, AND WITH A LITTLE TLC, IT CAN BE EVEN BETTER.

I love a good mystery…especially a real one. Love this show.

I can’t get enough of the fascination of history, engineering, myths, and clues and possibilities of a treasure so well guarded.

Love this show!! love all the players in this search. Don’t give up until you find out what’s it all about!

I love this show, cannot wait for 2018 season to start. Very interesting and educational. Love where their finds takes them and adds to history. Really a lot of twists and turns that their findings take them, fascinating.

I absolutely love this programme. It has intensity of the actual drilling and other digs.
It also has the interesting researching. It is all done with real passion and we have a mixture of their personalities.
I think they are doing something really important. Not because they may find treasure but because of the history they are discovering.
I love them all and the programme