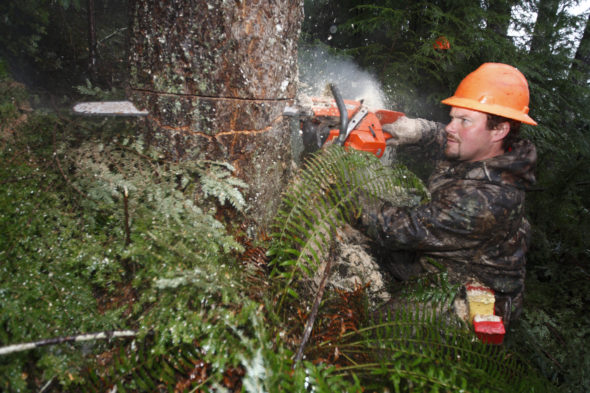 Read more info from History below:

New York, NY – October 9, 2018 – As HISTORY is on pace to finish the 10th consecutive year as a top 10 ad supported cable network among the key adults 25-54 demographic, the network has announced today the expansion of its nonfiction programming slate with six renewals and five new series orders. Renewals include a massive 30-hour season six order of “The Curse of Oak Island,” cable’s #1 nonfiction series among total viewers in Live +3 delivery averaging over four million viewers; a 10-episode second season of “The Curse of Civil War Gold,” the #1 nonfiction series launch across cable this TV season with total viewers; “Truck Night in America,” HISTORY’s #2 new series this year; along with new seasons of perennial hits “Alone,” Mountain Men” and “Swamp People.”

Additionally, new projects include “Yamashita’s Gold,” about the last great mystery of WWII in which Japanese soldiers, led by General Yamashita, buried a treasure deep in the Philippine jungle; the competition series “American Butcher” (working title) where master butchers carve their way through historical challenges and “Ax Men Reborn,” along with two new series premiering in November, “Knight Fight,” a competition series in which modern-day warriors battle using era-specific weaponry and armor, and “Brothers in Arms” about two Army veterans who are experts at historical military weaponry.

“HISTORY is committed to delivering entertaining, compelling and informative programming and the solid performances of our new nonfiction launches this year prove this content is resonating with our loyal audience,” said Eli Lehrer, Executive Vice President of Programming, HISTORY. “‘Yamashita’s Gold,’ ‘Knight Fight,’ ‘Brothers in Arms’ and ‘American Butcher’ are the perfect companions to our existing slate of signature hit series, as we continue to invest in quality series rooted in history that our audiences trust.”

The network’s #1 series across all key demographics documents brothers Rick and Marty Lagina as they pursue their lifelong dream of solving the 223-year Oak Island mystery. For over two centuries, teams of searchers, including Franklin D. Roosevelt, have attempted to crack the code that will unearth the treasure believed to be buried on the small island off the coast of Nova Scotia. Armed with the knowledge of those that came before them, the muscle of heavy machinery and decades of engineering know-how, the Lagina’s and their partners may be closer than anyone in history to finding the treasure that has so far claimed the lives of six men. Through all telecasts this past season, “The Curse of Oak Island” reached 54.6 million total viewers in Live +3 delivery.

The series follows Kevin Dykstra, who has been on an eight-year quest to solve the mystery of what happened to the lost confederate gold of the Civil War. With compelling evidence and now the support of Marty Lagina, Dykstra and his team embark on an action-packed hunt in an effort to finally decipher what could be one of the greatest conspiracies in American history. In its first season, “The Curse of Civil War Gold” reached 24.2 million total viewers in Live +3 delivery.

It’s truck versus terrain, as truck owners from across the United States compete in grueling challenges that test their ingenuity and driving ability. With the assistance of four experts, owners compete for the chance to drive the toughest, most arduous truck obstacle course ever built, and drive away with a $10,000 prize. Through all telecasts, “Truck Night in America” reached 26.3 million Total Viewers in Live+3 during its first season and is renewed for a sophomore season.

Separated by miles and completely isolated, ten survivalists attempt the boldest survival experiment on “Alone.” Season six will introduce a new set of men and women to face brutally freezing conditions in the most punishing environment yet – deep in the Canadian Arctic. In this new location, at the edge of the Arctic Circle, they must build their own shelters, hunt their own food, and overcome numerous deadly obstacles – such as a thriving grizzly and black bear population, territorial moose, packs of wolves and the increased risk of freezing – if they want to be the last person standing. With only a small rucksack of tools, enough camera gear to self-document their experiences and a cash prize of $500,000 on the line, season six will bring higher stakes, impressive levels of ingenuity and a greater desire to succeed than ever before. No camera crew. No gimmicks. Through all telecasts this past season, “Alone” reached 21.4 million total viewers in Live +3 delivery.

In the bayous and swamplands of America’s southern heartland dwell a group of people that exist on the fringes of society. Their distinct culture has roots in the early days of America’s expansion westward. The descendants of moonshiners, immigrant railroad workers and early settlers, the swamp people have inherited a legacy of self-reliance and anti-establishment values that make them true American originals, hidden from the view of the mainstream. As a new alligator-hunting season begins, these individuals once again set out to make a living and preserve their way of life. Through all telecasts this past season, “Swamp People” reached 53.0 million total viewers in Live +3 delivery.

This season the stakes skyrocket for the men and women of the mountains as they all face major turning points in pursuit of their proud and independent way of life. Plus, one of the series most beloved characters says a final goodbye as he heads off to conquer new uncharted lands. Through all telecasts in its current season to-date, “Mountain Men” has reached 35.7 million total viewers in Live +3 delivery.

With almost twenty years of military and law enforcement experience between them, Rocco Vargas and Eli Cuevas are about to combine their talents and embark on a new adventure. Vargas and Cuevas are the new owners of Banditos Armory in the historic town of Ogden, UT. Their goal is simple, to take their expertise and passion and become the best one-stop shop for all things military. From fixing and testing a Cold War Russian tank, one of only a few in America, to solving the mystery of an unidentified Japanese WW2 contraption that Allied troops had never seen before – and didn’t know how to fire. There’s little that the team at Banditos won’t do to investigate, restore, build, and test the most innovative, iconic machines in military history. No challenge or question is too big for Vargas and Cuevas, whether they’re working with military historians and veterans, opening their door to inquiries from avid customers, or even seeking answers to burning questions of their own.

Live by the sword, die by the sword: knights were some of history’s most brutal warriors. With armor of steel and a will of iron, they took part in some of the bloodiest battles ever fought. These warriors were so dedicated that between bloody battles, they would challenge one another to extreme trials of combat. Today, the blood sport lives on in the form of the full-contact Armored Combat League – often referred to as “Medieval MMA” or “Knight Fight Club”. Rooted in historical traditions, these modern-day warriors battle in over eighty pounds of plated armor with real steel weapons. Now, for the first time, these modern knights are set to wage war in this eight-episode series. Each episode will feature six fighters who will customize era-specific armor and weaponry and engage in a series of full-contact battles to see who has the skill and the strength to win the ultimate Knight Fight.

In the closing months of WWII, legend has it that Japanese soldiers – led by General Yamashita, along with Allied POWs – constructed secret tunnels underground in dozens of locations and buried treasure worth hundreds of billions of dollars. Yamashita had the entrances blown up, trapping the soldiers inside to keep his secret. It’s a grand mystery that involves a secret cadre of princes called the Golden Lily, booby-trapped tunnels marked by ancient Japanese symbols, and real-life characters like Douglas MacArthur, Harry Truman, Winston Churchill and FDR. One Filipino farmer witnessed the operation and for the first time, he has entrusted his secrets to a group of dedicated investigators and engineers who are using the latest technology to search for the treasure – and the truth.

Throughout history, the skilled craft of the butcher has been a lynchpin to survival. In early civilizations when foodborne diseases were claiming lives, it was the butcher with their sharp tools and sharper skills who kept death at bay – eventually becoming a fixture in every town across America. Today, there are thousands of people who cut meat but only a select few with the skills and expertise to be considered a “Master Butcher.” Now, for the first time comes an extreme competition series where the best-in-class butchers battle each other in a showdown designed to put their skills, strategy and technique to the ultimate test. With knives drawn and machines at the ready, these Master Butchers will carve their way through painstaking challenges, use their expert knowledge to adapt to every historical twist, and reveal the fascinating secrets of the butcher’s world.

The logging families of the Pacific Northwest have been torn apart since the long-running series “Ax Men”. Untimely deaths and a changing economic landscape have threatened family businesses. For these new generation of loggers, now is the time to start wielding the ax as the timber industry is on the upswing again and the old guard is looking for redemption.

A+E Networks holds worldwide distribution rights for all of the above programs.”

What do you think? Do you watch History? Which new shows will you check out?

Any news or update if “Brothers in Arms” is going to be renewed?

Love Oak Island & all the gold shows,& miss Axmen. Hope to see them all!