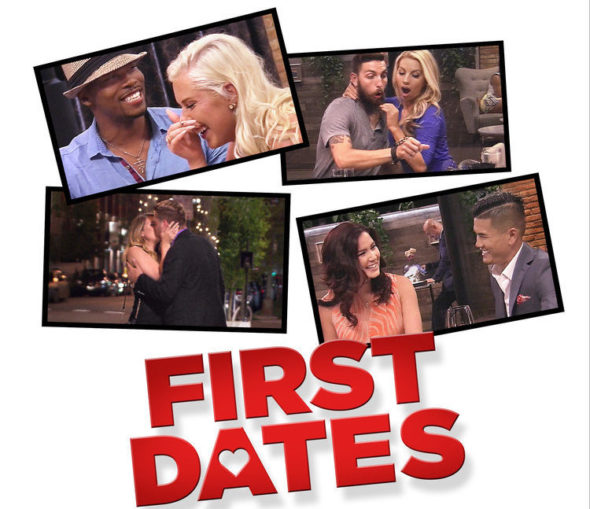 TV show description:
From executive producers Ellen DeGeneres and Jeff Kleeman, First Dates is a dating reality TV show, narrated by Drew Barrymore. Based on the UK program of the same name, First Dates takes place in a Chicago restaurant, with restauranteur Sandro Coppola serving as the Maitre d’.

The action centers on different couples who have just met, as they go out on their first dates. The participants — from all over the US — are of various ages and backgrounds.

Each episode of First Dates unfolds like a romantic comedy. At the end of each hour, the audience learns whether the daters plan to see one another again.

What do you think? Do you like the First Dates TV show? Do you think it should be cancelled or renewed for another season?

Keep the show for another season. It’s a fun reality show.

Loved the show it showed how hard it is out there today to date. But how wonderful meeting new people can be.

Didn’t care for the show. Sorry.

… I seem to be the only one who didn’t feel connected to it. Cancel or renew, I wish them well.

I loved this show it was a delightful breath of fresh air on TV. renew DO NOT CANCEL

Please don’t cancel. It is charming an includes people of different ages, races and orientations. I applied to be on the show and would likely be to be chosen.

I hope you get picked for 2nd season! Good Luck! I was thinking i’d try also!

I love this show
Why cancel it

Please don’t cancel the show I really really love it

I love love love this show! I looked forward to it each week! Please don’t cancel it! ❤

My wife and I love this show, it’s very cute and unpredictable. The one I like how it narrated by Drew Barrymore, she adds whimsy, and light-heartedness to the script, and you find yourself always pulling for the “good guys”. It hasn’t been on for awhile, so I replay the first episodes over again, like Nelson and Stephanie, my favorite couple. Don’t cancel this show like you did Grimm, I still haven’t gotten over that.