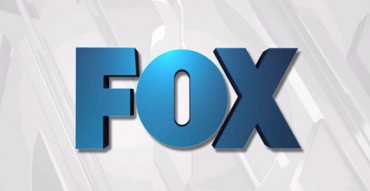 How are your favorite FOX TV shows doing this season? Which ones are hits and which ones are in danger of being cancelled? You might be surprised. By looking at the chart below, you’ll be to see their current season ranking, ratings averages to date, and their grade in the all-important 18-49 demographic.

There’s lots of information that the networks take into consideration when deciding whether to cancel or renew a TV series but the ratings are the main ingredient. (Wonder if your favorite’s already been renewed or cancelled? Visit our FOX 2011-12 show page.

A couple of notes about these charts:
The averages included in these charts are based on the final numbers, not the fast affiliate ratings that are typically reported the morning after. The final numbers become available about a day after the broadcasts or, in the case of Fridays, weekends, and holidays, several days later. The charts are updated as the new data is made available.

Keep in mind that the demo numbers are what’s most important to advertisers and therefore, that’s how the networks measure success. Agree with it or not, advertisers pay more for ad time on a show that has a higher demo rating versus one with a lot more overall viewers.

Demo numbers are reported by Nielsen using the 10ths decimal place (2.4, for example). We used to round the averages to the tenth place as well but that ultimately ends up making it harder for our readers to track any upward or downward movement week-to-week. It can also be a little misleading since a show with a 2.35 average and a show with a 2.44 average will both round to a 2.4 rating.

So in this chart, we’re including the demo average rounded to the 10th (2.4) as well as the 100th place (2.41) in parenthesis so you can get a better idea of how the number’s been affected by the latest episode’s demo rating.

The letter grades are relative and are based on the individual network’s demo performance. All of the networks have very different gauges for success right now. (A successful show for The CW would get quickly cancelled on CBS.) Our system for coming up with letter grades isn’t perfect but it should still give you an idea of where the different shows stand. The closer a show is to the bottom of the list, the more chance it has of getting cancelled.

What do you think? Are surprised at who’s doing the best and who’s doing terribly? Are any of your favorite shows in danger of being cancelled?

Will you please renew “The finder” if u put it back on put it on Netflix and on Fox I course haha but please please I am begging you!! You left it on a cliff hannger:( please

“House”
The best series that I have ever seen !

Call me your worst nightmare

almost human it is a well loved show with me, everything I like is always canceled I don t even turn tv on any more, if there isn t sex like scandal violence like 24, it gets canceled do we want to go this way in tv, or like tv was made to be entertainment, like dick van dyke I love lucy , it is a good show almost human ,I liked the relationship two cops had it was great, funny his leg his values always at each other. please do not cancel this show

The Finder was a great show that my whole family could watch. Its a shame FOX did not give it a chance. I think ratings would have picked up if FOX would have followed through with a second season. The season finally left a lot unexplained and open. I was looking foward to the second season opener for answers and was disapointed when I heard the series was cancelled. Quite a few of my favorite shows have been cancelled in the last couple of years (most of them by FOX) and replaced with crap. I try to be optimistic for… Read more »

Kaitlyn
Reply to  Me

It the only show I watch from Fox and now it cancelled. The rating were fair too. It takes time to build up an audience. Oh well; I going to HBO shows now! They do not cancel their shows that often when there is an audience watching like ABC, CBS, NBC and now Fox. Very disappointed in them.

I was referring to “The Finder” TV series which got cancelled

I feel really uppset that FOX canceld The Finder, i nearly gave upp on Fox when they left Lie To Me hanging loose and The Finder was such a good show…. Almost all of my friends are whatching that series and got so bumbed over the season finale that everyone is going over to CBS instead. And were not even counted in the ratings since we are Swedish. FOX is relly useless.

I truly believe that SYTYCD is the best reality TV show out there!! I don’t have any idea why the ratings are down because it is the best two hours of the week on TV! The performers are truly talented young people trying to make it in the business by being put “out there” in challenging dance genres. Despite the drama that is included, it really is a fun, different, clean and appropriate. The choreographers are amazing! If FOX cancels the show for some filthy dating programs and other alternatives, it would be a crying shame!!

I LOVE LOVE LOVE the amazing dance show SO YOU THINK YOU CAN DANCE!!!!!!!
Amazing judges/dance professionals, and incredibly gifted dancers. I could watch
this show all week.

I only watched Fringe because of The Finder. I am so upset with FOX for cancelling The Finder.