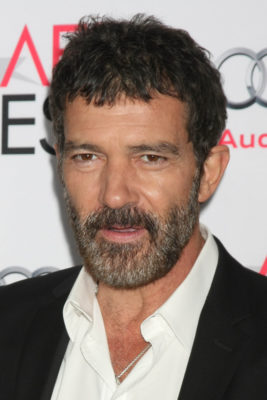 From Brian Grazer and Ron Howard, the anthology drama chronicles the lives of famous visionaries like Albert Einstein and Picasso. Season two of Genius is slated to premiere on National Geographic Channel in 2018.

(WASHINGTON, D.C. – September 6, 2017) As National Geographic heads into this year’s Emmys with 10 nominations for the first season of GENIUS, Emmy- and Golden Globe-nominated actor Antonio Banderas (“Evita,” “The Mask of Zorro,” “The 33”) has been cast as Pablo Picasso in season two, which will chronicle the life and work of the Spanish painter, one of the 20th century’s most influential and celebrated artists. The new season, from Fox 21 Television Studios, will again be executive produced by Brian Grazer and Ron Howard’s Imagine Entertainment, Madison Wells Media’s OddLot Entertainment and EUE/Sokolow, and will premiere in 2018.

“The life story of Pablo Picasso has long since fascinated me and I have so much respect for this man, who also comes from my birthplace M�laga,” said Banderas. “I am thrilled to work with National Geographic, Brian, Ron, Ken and the rest of the GENIUS team to tell an authentic story of one of the most innovative painters in the world.”

“Antonio was the natural choice. He, like Picasso, has a no-holds-barred approach to life that will add to the genuineness that we’re looking for,” said Howard. “He has such tremendous range as an actor, who I know will bring this brilliant and unconventional artist to life.”

“From Pancho Villa to Ernesto ‘Che’ Guevara, Antonio has had such a successful track record in portraying real-life, larger-than-life iconic figures with such honesty and depth. And with Picasso, I’m looking forward to seeing his interpretation of the man behind the artistic greatness,” added Grazer.

“Not only are they both from M�laga, Spain, but also similar to Picasso, Antonio exudes charisma and passion, and has challenged boundaries with his creative artistry,” said Carolyn Bernstein, executive vice president, head of global scripted, National Geographic. “He checks all the boxes for us and we couldn’t be more pleased to have him lead the series.”

The first season of GENIUS, which starred Geoffrey Rush (“The King’s Speech,” “Pirates of the Caribbean”) as Albert Einstein, was recently nominated for 10 Emmys, including Outstanding Limited Series, Outstanding Lead Actor in a Limited Series or Movie, Outstanding Directing for a Limited Series and more, marking a network record. It also became the network’s best performing new series launch in network history, watched by over 45 million viewers globally.

The artistic career of Pablo Diego José Francisco de Paula Juan Nepomuceno Crisp�n Crispiniano Mar�a Remedios de la Sant�sima Trinidad Ruiz Picasso spanned more than 80 of his 91 years, much of it in his second home of France. Much like the subject of the first season of GENIUS, Einstein, Picasso imagined and interpreted the world in totally new and unorthodox ways, and constantly reinvented our perceptions of art and creativity. The prolific artist generated an estimated 50,000 works, among the most notable being “The Old Guitarist” from his Blue Period, now on display at the Art Institute of Chicago; “Guernica,” inspired by the Nazi bombing of a small Spanish town of the same name, recently displayed at the Museo Reina Sofia in Madrid; and “Les Demoiselles D’Avignon,” now on display at the Museum of Modern Art in New York City.

Picasso’s passionate nature and relentless creative drive were inextricably linked to his personal life, which included tumultuous marriages, numerous affairs and constantly shifting political and personal alliances. He lived most of his life in the vibrant Paris of the first half of the 20th century and crossed paths with writers and artists including Coco Chanel, Henri Matisse, Marc Chagall, Gertrude Stein, Georges Braque and Jean Cocteau. Picasso constantly reinvented himself, always striving to innovate and push the boundaries of artistic expression.

What do you think? Did you see season one of Genius? Will you watch season two?