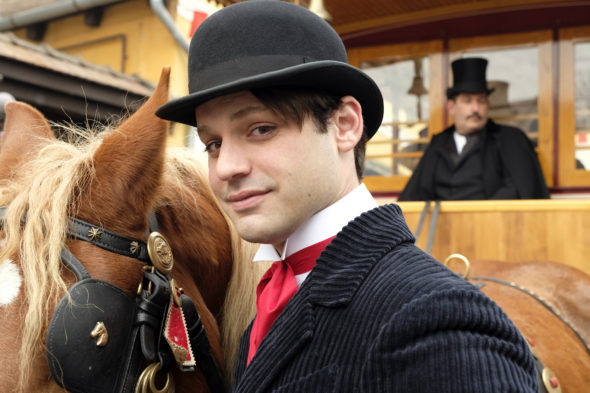 Is genius fleeting? Has the Genius TV show been cancelled or renewed for a third season on National Geographic Channel? The television vulture is watching all the latest cancellation and renewal news, so this page is the place to track the status of Genius, season three. Bookmark it, or subscribe for the latest updates. Remember, the television vulture is watching your shows. Are you?

A National Geographic anthology drama, each season of Genius presents the “untold” stories of the world’s most intelligent and inventive innovators. The second season, Genius: Picasso stars Alex Rich as young Pablo Picasso, with Antonio Banderas portraying him in his latter years. As one of the 20th century’s most acclaimed artists, Picasso plied his trade in exciting new ways. His chapter explores the links between the Spaniard’s passionate nature and powerful creative drive and his eventful personal life. The story delves into his marriages and affairs, as well as his political and personal alliances. Johnny Flynn, season one’s young Albert Einstein, will make a special appearance, while Samantha Colley, T.R. Knight, and Seth Gabel return for season two. Clémence Poésy, Robert Sheehan, Poppy Delevingne, and Aisling Franciosi also star.

The second season of Genius averaged a 0.06 rating in the 18-49 demographic and 363,000 viewers. Compared to season one, that’s down by 62% and 65%, respectively. Find out how Genius stacks up against other Nat Geo TV shows.

Just like last year, fans don’t have to worry whether National Geographic will cancel or renew Genius for season three. The cable network announced Genius is renewed for a third season, a week prior to the season two premiere. The ratings are way down when compared to season one but this appears to be a prestige project for the channel. However, since even renewals can be cancelled, I’ll keep an eye on the Nielsens and update this page with breaking developments. Subscribe for free Genius cancellation or renewal alerts.

What do you think? Are you happy the Genius TV show has already been renewed for a third season? How would you feel if Nat Geo had cancelled this TV series, instead?

It is my favorite series. Can’t wait for Season 3! Hoping it will be Mary Shelley but Areatha Franklin would be great as well.

I loved Genius ..the actors, the surroundings were spectacular. I have gone through them twice. Hats off to the National Geographic for this production.

I am interested in season 3. I watched a few episodes of season 2, Picasso, but it wasn’t nearly as good as season 1’s Einstein, and we soon lost interest. I’d love to see Mary Shelley, or as rumors which came out in October said, Aretha Franklin. I think they’re due to feature a female.

NatGeo has already announced that the subject of season three will be Mary Wollstonecraft Shelley, the author of “Frankenstein; or The Modern Prometheus.”