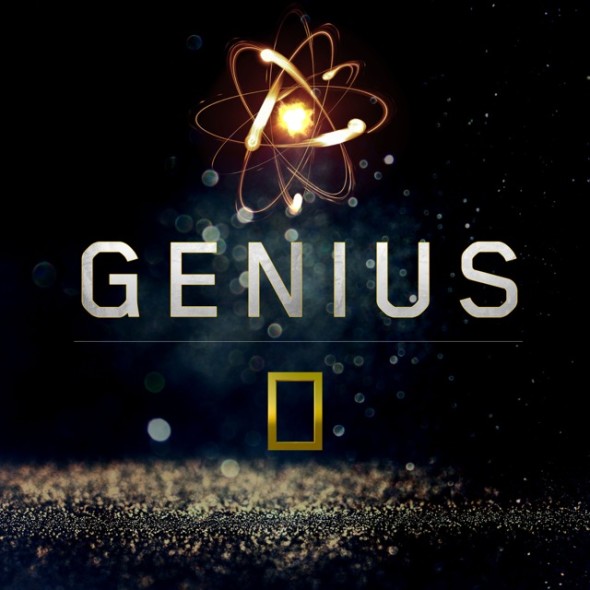 While Bernard Williams said, “Talent is a flame. Genius is a fire,” according to (some versions of) the Frankenstein monster, “Fire bad,” so we wonder how the creature would react to this bit of news. Ahead of the season two premiere, which focuses on artist Pablo Picasso, National Geographic has renewed its Genius TV show for a third season. Now, the network has announced Genius, season three, will tell the story of writer Mary Wollstonecraft Shelley, i.e. Mary Shelley, author of the Gothic novel: Frankenstein; or, the Modern Prometheus.

From Imagine Entertainment and Fox 21 Television Studios, Season Three to Chronicle the Life of Trailblazing Author, Feminist, and Radical Intellectual

“Beware; for I am fearless, and therefore powerful.”
from: Frankenstein – quoting the monster

(WASHINGTON, D.C. / NEW YORK – APRIL 18, 2018) On the eve of the premiere of GENIUS: PICASSO on Tuesday April 24, National Geographic announced today that the third season of its acclaimed scripted anthology series will bring to life the myth maker and towering literary figure Mary Shelley. From Fox 21 Television Studios, the new season will again be executive produced by Brian Grazer and Ron Howard’s Imagine Entertainment, MWM Studios and EUE/Sokolow, and will premiere globally on National Geographic in 172 countries and 43 languages in 2019. The first season of GENIUS was watched by more than 45 million people around the world, and was National Geographic’s best performing new series launch ever.

A brilliant thinker, radical intellectual and proto-feminist, Mary Shelley (1797-1851) brought to life one of the most enduring stories of the modern age while still a teenager. Frankenstein; or the Modern Prometheus is a cautionary tale of unchecked scientific ambition and a sophisticated meditation on social institutions, personal freedom and compassion that has captured imaginations and continues to be relevant since it was first published 200 years ago. Shelley masterfully invented the Science Fiction/Horror genre with her tale of a creature brought to life, subsequently going on to create the Post-Apocalyptic genre with her later novel, The Last Man.

An intellectual prodigy who was inspired from an early age by the writing of her unconventional mother, Mary Wollstonecraft, Shelley was determined to prove that women were the intellectual and creative equals of men. One of few women to support herself as an author during the early 18th century, Shelley wrote short stories, reviews, travelogues, and made prolific contributions to the world’s first encyclopedia, she also wrote six novels.  Shelley’s inner circle included countless literary and scientific luminaries of the day, including Lord Byron, Samuel Taylor Coleridge, Mary and Charles Lamb, Humphry Davy and Leigh Hunt.

Shelley met the love of her life, Romantic poet, amateur scientist and still-married Percy Bysshe Shelley, at the age of 16. After losing her virginity to Shelley at her mother’s gravesite, the pair eloped and were cast out by her father, the radical intellectual William Godwin. Shelley was to endure a lifetime of tragic misfortune, watching three of her four children die, losing multiple friends and family members to suicide, and outliving her husband, who drowned at sea. In true gothic style, Shelley elected to keep her late husband’s heart after his death

Shelley’s writing was heavily influenced by the great scientific innovation and experimentation of the early 19th century.  Scientists like Luigi Galvani, Giovanni Aldini and Erasmus Darwin, grandfather of Charles, figured prominently in her life. The story of Frankenstein was inspired in part by one of the most important scientific theories of the time, Galvanism, the study of the effect of electricity on the dead bodies of animals and humans.

Mary Shelley spent the last few years of her life being looked after by her only surviving child, Percy Florence Shelley, before dying of a brain tumor at the age of 53.

“Mary Shelley’s Frankenstein left an indelible mark on generations of imaginations,” said Carolyn Bernstein, executive vice president, global development and production for National Geographic Global Networks. ” Equally inspiring is the story of Shelley’s relentless innovation, coupled with her desire to live on her own unconventional terms despite immense societal and cultural obstacles. I can’t wait for our talented team to bring her remarkable, relevant and timely story to life for season three of GENIUS and do justice to her literary legacy.”

“Mary Shelley has inspired countless filmmakers with her tale of the wretch brought to life by science gone wrong, but very few have fully captured her insightful reflections on society in the myth she left behind,” said executive producer Ron Howard. “Few know of her struggles due to gender inequities, her additional writings, her influence on other historically significant individuals and society at large.  Showcasing someone like Mary Shelley and her amazing intellect, compassion and fortitude is exactly what this series is for, and we are looking forward to continuing our successful partnership with National Geographic and Fox 21 Television Studios.”

“Our experience with Courteney, Carolyn and the Nat Geo team has been phenomenal, and our award-winning first season exceeded even our own high expectations,” said Bert Salke, president of Fox 21 Television Studios. “Audiences are in for a treat with our follow-up, featuring a transformative performance by Antonio Banderas as our Picasso, and a compelling story created by Ken Biller.  The choice of Mary Shelley as the subject of our third season speaks to the incredible depth of the franchise. How fitting at this moment in time to pivot to one of the many female geniuses in human history, and Mary’s story is both stranger than fiction and incredibly dramatic. We can’t wait to get started.”

The first season of GENIUS, starring Geoffrey Rush as Albert Einstein, earned ten Emmy nominations, a Golden Globe nomination and SAG Award nomination, and was hailed as “Joyful to watch” by the Los Angeles Times, “Compelling” by The New York Times, and featuring “Superb performances” according to the San Francisco Chronicle.

What do you think? Are you a fan of the Genius TV series? Do you plan to check out the second and third season of this National Geographic TV show?