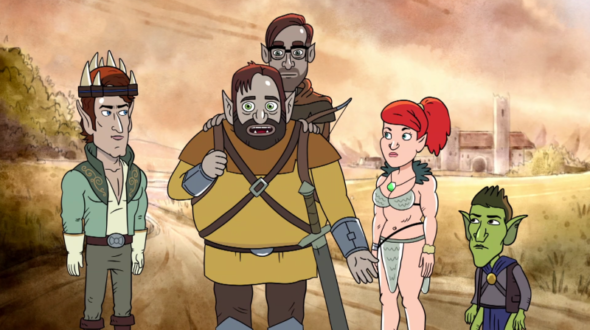 HarmonQuest is finally coming back! Animation Magazine reports the TV show’s third season will premiere on VRV later this month.

The hybrid animated/live-action series “follows a colorful cast of characters through a fantasy roleplaying game with a live audience.” Guests include Spencer Crittenden, Dan Harmon, Erin McGathy, and Jeff B. Davis.

Season three of HarmonQuest premieres on the streaming platform VRV on August 18th.

We had a blast filming this new season, and we have an awesome lineup of special guests who decided to quest with us. I’m sure everyone is also very concerned about the future of Fondue, so fans will have to tune in to the premiere to find out what comes next!”

What do you think? Have you seen HarmonQuest? Will you watch the new season?