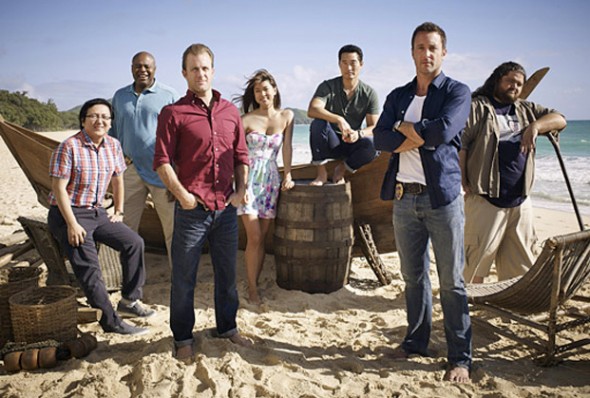 McGarrett and his team still have a job to do. CBS has renewed Hawaii Five-0 for a sixth season.

Airing on Friday nights, the fifth season of Hawaii Five-0 averaged a 1.24 rating in the 18-49 demographic with 9.47 million viewers. That’s down by more than 12% in the key demo and it led some to suspect that the series would be cancelled this time around. Not so — the series will return next season, likely in the fall.

What do you think? Do you like the Hawaii Five-0 TV show? Do you watch it as it’s being broadcast on Friday nights or, by some other way?

Love this show not trashy and is exciting ,we get this on netflix.

We watch it every week but due to work schedules have to pick it up On Demand so we wouldn’t be picked up on the Friday ratings. Our demographic includes an 18 year old, a 52 year old and a 68 year old.

I absolutely love Hawaii-50 and I hope that it is not canceled after season 6. CBS please keep this show on.

one of my favorite shows – I like it on Friday nights, DO NOT CANCEL

My husband and I love the show!

I love Hawaii 5-0 and am thrilled it is renewed for a 6th season!

I love Five-0 but would like it on a Thursday instead of a Friday–Thank goodness for On Demand. I’d like to see Katherine come back and I’d like to see more of Kawika and a lot less of the fat guys. Hawaiians are traditionally healthy–one morbidly obese guy is okay, but three?

Love the show !!! That’s how I enjoy me Friday nights .

I love Hawaii 5-0, I grew up watching the original, and I definately love the new one, so please don’t cancel my show ever.