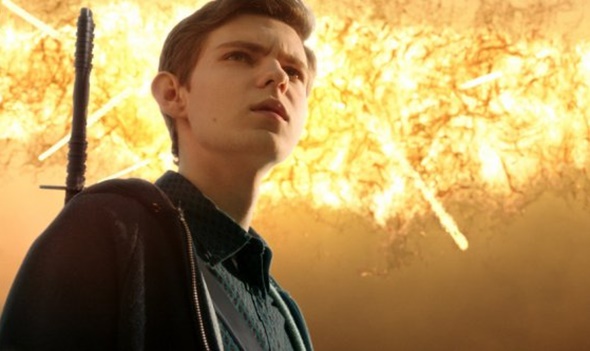 Heroes Reborn ended its first season on NBC, and there will not be a second season. The network cancelled the series before the finale aired.

However, there were already plans for season two in place, and Sendhil Ramamurthy teased a bit about the plans for the second season in an interview with Digital Spy.

“I know that if there were to have been a second season, that [series creator] Tim Kring had already spoken to me about my schedule. I think if it had done amazingly well, he would’ve tried to come up with some more story – but I think he has other plans for it now. Not necessarily on television, but using different platforms. I’m not quite sure where he’s heading with all that.”

Ramamurthy also revealed that he would have appeared more in Heroes Reborn if it hadn’t been for his schedule. He had signed on for Lucky Man for Sky 1. He flew back and forth between London and Toronto to film his appearances for Heroes Reborn. He said:

“They worked it out so I was flying back and forth between London and Toronto for the entire summer – shooting two TV series at the same time! I flew back and forth three times to shoot my little… extended cameos, really, is what we were able to work out, time-wise. So it wasn’t the arc that was planned for Dr Suresh to come back to Heroes, but I was just really grateful to be able to be a part of it at all.”

Did you want a second season of Heroes Reborn? Tell us what you think.

Really bummed that they’re not renewing this show. It is powerful and binge-watchable. Great character development and awesome plots and story arcs.

Hoping that they will fill Season 2 and make it a Netflix series, then they can do even more seasons, and hopefully find a way to bring back some more of the original cast, we will see *fingers crossed*

Yes I would love another season!!!! Heroes Reborn was amazing and I would love to know who Nathan’s and Malina’s dad is, especially after that twist at the end!

Please bring back the show

Love the series! Please bring it back.

Bring the show back! It’s the best show out there ,people are just upset with all the charters from the original series that were lost but this show has great new characters.

I loved Heroes and Heroes Reborn. It’s one of the best series out there. I don’t care what NBC says about the ratings, Heroes Reborn should continue and I hope it does. Please don’t stop. I’d love to see season 2!

I loved the original Heros series. I honestly didn’t start watching it until it was on Netflix and then I got hooked and power watched it! Was very excited to hear Heros Reborn was coming. With my schedule & families schedule, we couldn’t watch it so we are waiting impatiently for it to come to Netflix (we like watching Heros together as a family). Would absolutely love to Heros Reborn to continue (would love to see some originals come back). I would, as well as my family, watch it religiously. If the networks don’t want.it, make it a Netflix original… Read more »

Heroes is an awesome show, it should stay on. If it would have been advertised better and it wouldn’t have had so many years between the seasons, it would have done MUCH better. Please think about Netflix as a route if NBC no longer wants this AWESOME show!

I loved Heros and Heros Reborn, i dont think they should have canceled it. They should make it. Netflix or hulu series.

Please don’t cancel this show, it should have never been taken off. I enjoy it and have lots of questions. I want more.

I want a season 2! I have a ton of questions left