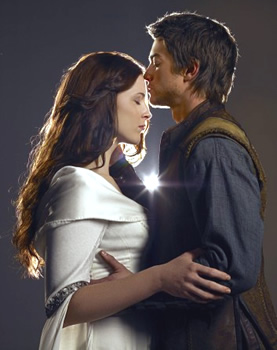 Please bring back legend of the seeker. How come you left us in suspense.you have to fish what you have started.

Please release the season 3…!!! It make us crazy! So sad! I hate to reason what cancel it! Please, Please, Please!!! I can’t live more without season 3! Please release it and make seasons forward! Please! I am a best fan of legend of seeker from Sri Lanka.. Please think about your fans.. I hate you director and who support to cancel this TV series..

We would love to have a season 3 for LOS. If you still would not like to as business matters over everything, then at least a movie as season 3 just to give justice to the open ended ending we had in season 2.

Please continue filming the series, I’ve been a big fan since grade school. This is a great story that needs to be shown. Please continue

This is an insult to the book series. You need to finish the whole book series, don’t leave the fans hanging.

Pleaseeee you guys should create a season 3 for the movie-Legend of the seeker.please it’s really interesting i beg of you.would like to see more of it,and also a perfect endingi commend,it’s really a great film.

They will forever stay in my heart ! ☺♥☼ When I think about them, convert dark days in light ! ♥ It will be a great pleasure to have other seasons on LEGEND OF THE SEEKER . Thank you all wonderful. The magic tale has everything. Еmbodies the whole human nature with all its negative and positive aspects. Thanks to the creators for the magic tale, whose touch awakened many smiles and love. ♥☼☺ Craig Horner (Richard), Bridget Regan (Kahlan), Bruce Spence (Zeddicus), Tabrett Bethell (Cara), Craig Parker (Rahl), and all other heroes! Thank you for your heart, your magical… Read more »

Please bring back the legend of the seeker for season 3. We want more love this show. Give us the fans what we want.

I agree with you to bring it back on television and give the fans what they want and not piss them off great response and respect to you Miranda.

Here in the philippines, we are really hoping that there will be another season of the Legend of the Seeker, we’ve been waiting for too long for the season 3 to happen and not just rumor. Please we are begging to the production. Release the season 3 already.