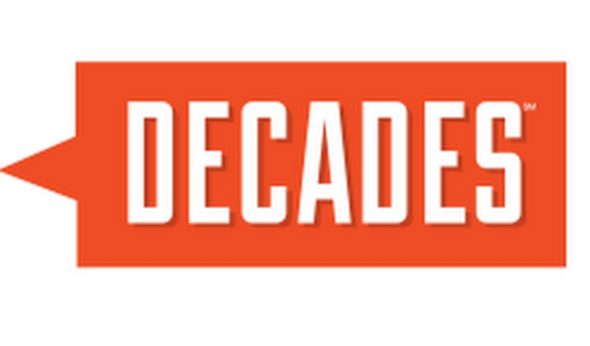 Get ready to revisit the past! Decades Network is planning to dig into the vaults of television to show off some lesser known classic series. These includes shows like My Little Margie, Topper, and Trouble with Father.

Decades revealed more about the “Lost TV” event in a press release. Check that out below.

“Classic television is dominated by TV’s enduring hits and cult sensations that have resonated with audiences for, well, decades. No surprise, they’re hits. What about the hidden treasures? Less well known, but just as fascinating, are the many TV shows that aired only briefly or left syndication years ago, seemingly being lost to time. Beginning Monday, October 2, DECADES ventures deep into the television vault to present “Lost TV,” rarely seen TV gems and lesser known series that time forgot. “Lost TV” airs Monday through Friday from 2:00pm to 4:00 pm ET, with encore airings at 1:00 am to 3:00 am ET. Each weekend DECADES will offer a continuous two-day binge of “Lost TV” beginning Saturday at 1:00 pm ET.

“So much of early television was literally lost – presented live or via kinescope, or discarded due to storage concerns. And yet, there remains a treasure trove of interesting entertainment that has been physically preserved, but lost in the public consciousness. Some seem remarkably timeless, while others are fascinating artifacts of our popular culture past. Either way, they make for great television viewing. DECADES is proud to introduce viewers to some of these fantastic finds from the vaults with “Lost TV,” said Neal Sabin, Vice Chairman of Weigel Broadcasting Co.

“Lost TV” on DECADES features 47 different TV series spanning 286 episodes, and includes the following shows from a variety of genres: Annie Oakley, The Adventures of Robin Hood, Accidental Family, Beat the Clock, The Beulah Show, Brenner, Cowboy in Africa, Decoy, The Deputy, The Dinah Shore Show, Do You Trust Your Wife?, Everglades, Fury, Gang Busters, The George Burns Show, The Great Gildersleeve, I Married Joan, The Liberace Show, Life With Elizabeth, Lock Up, Love That Bob, Mack and Myer for Hire, The Man Behind the Badge, Medic, The Mickey Rooney Show, Mr. and Mrs. North, My Little Margie, One Happy Family, One Step Beyond, People Are Funny, The People’s Choice, Pistols ‘n’ Petticoats, Private Secretary, Public Defender, Racquet Squad, Roy Rogers, Sky King, Stoney Burke, Topper, Trouble with Father, Truth of Consequences, You Asked For It, Your Show of Shows and many others.

Some of these sound unfamiliar? Aren’t you more than just a little curious? Join DECADES to discover the TV series time left behind with “Lost TV”!

Will you check out these classic shows on Decade? Tell us what you think.

Would watch but do not have this channel. 🙁 Started humming…I Married Joan…What a girl, what a whirl, what a life…..lol