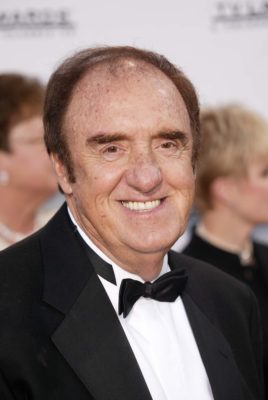 It’s time to celebrate Jim Nabors. Today, Decades announced they will pay tribute to the late actor with a marathon of Gomer Pyle, USMC next month.

Nabors originated the role of the simple-minded Gomer Pyle on The Andy Griffith Show. He later reprised the character for the spin-off series Gomer Pyle, USMC, which ran on CBS from 1964 to 1969. Nabors passed away today, November 30th, at the age of 87.

The Gomer Pyle, USMC marathon begins on Decades on December 9th at 1 p.m. ET and runs until December 11th at 7 a.m. ET.

11/30/17 – Chicago, IL – DECADES Network, the multicast TV network from Weigel Broadcasting Co. and CBS Television Stations, remembers the comedic talent and the timeless charm of actor Jim Nabors. Nabors passed away on Thursday, November 30th at the age of 87. This special DECADES multi-day tribute presentation of Gomer Pyle, U.S.M.C begins on Saturday, December 9, beginning at 1:00pm ET, and continues all weekend through Monday, December 11 at 7:00 am ET.

Beloved for his famous comedic TV character Gomer Pyle, Nabors was an actor, singer and comedian. He was discovered by Andy Griffith while working in a nightclub and later joined the cast of The Andy Griffith Show. The character of Gomer was so popular that Nabors was given his own spin-off TV series- Gomer Pyle, U.S.M.C. The series originally aired from 1964 through 1969, and thanks to its escapist comedy and down home charm, the show consistently ranked among Nielsen’s top ten most watched TV shows every year.

At the show’s conclusion, Nabors next turned his attention to music, recording a variety of successful easy-listening albums. He also hosted variety show The Jim Nabors Hour (1969–71). During the 1970s, Nabors appeared on several children’s shows, every season premiere of The Carol Burnett Show, and hosted another variety show from 1977–78, The Jim Nabors Show. He toured performing his musical act and also appeared in a number of feature films alongside friend Burt Reynolds. In 1986, Nabors appeared once again as Gomer Pyle in television movie Return to Mayberry, in which the cast of The Andy Griffith Show was reunited. For more than 30 years, Nabors was an institution at the Indianapolis 500, having sung “Back Home Again in Indiana” prior to the start of the race.

In honor of his enduring popularity, The DECADES Weekend Binge will feature the actor in his popular comedic TV series Gomer Pyle, U.S.M.C, with 84 continuing episodes offered back to backSaturday, Sunday and Monday morning. A complete schedule of this special event is attached below. For more on the DECADES schedule and where to watch visit Decades.com.

In May of 2015, the DECADES Network launched on the digital sub-channels of the CBS Television Stations and other broadcast groups. The network is currently available in 55% of the country. DECADES features a schedule that is different each day, exploring a variety of years, trends, events or themes. Programming includes the original one-hour daily series Through the Decades, hosted by award-winning journalist Bill Kurtis, as well as documentaries, popular TV shows and films chosen to immerse viewers in that day’s DECADES context. Programmed as multiple blocks, the schedule repeats twice each weekday, giving viewers in all time zones multiple opportunities to tune in.”

What do you think? Are you a fan of Gomer Pyle? Will you watch the tribute to Jim Nabors?

Can you all have a Gomer Pyle, USMC Marathon, soon?? That was our favorite show growing up and we watch or record the show from METV. but would like to record or watch all the shows from of Pyle….
Thank you!