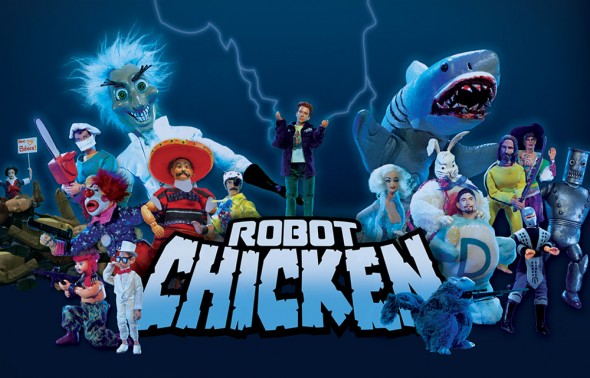 Adult Swim is ready for the holidays. This week, the network announced season nine of Robot Chicken will launch with a holiday special next month.

This season, fans can expect more of the royal parody treatment from Robot Chicken targeting more characters and titles including Mad Max: Fury Road, Westworld, Scooby-Doo and many more.

Happy holidays, everyone as Robot Chicken joins Santa for the one Christmas he’ll never forget. The North Pole elves dream of the simple toys of holidays past. Krampus puts in a good word for the coal industry. St. Nick finally meets his idol: Jared Leto.”

What do you think? Are you a fan of Robot Chicken? Will you watch the holiday special?