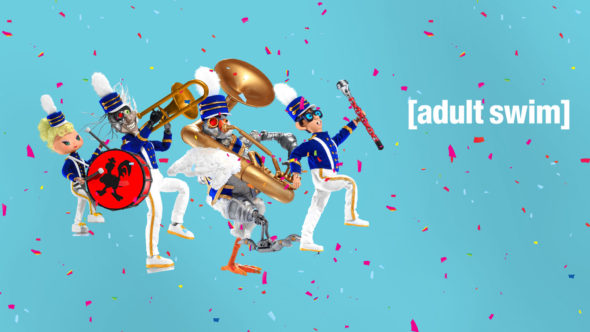 Adult Swim is getting ready for its season programming. Robot Chicken, Tender Touches, and YOLO: Crystal Fantasy are all airing new episodes this summer.

Adult Swim revealed more about the summer programming in a press release. Check that out below.

The quarter-hour animated series is created by David Bonawits, Lauren Payne and Max Simonet, who all serve as regular voice cast members. The series is produced by Adult Swim’s Williams Street Productions and animated by Awesome, Inc.

Robot Chicken’s 10th season milestone continues not for celebrating the 200th episode of the Emmy(R) Award winning show, but for attempting top-secret new formats that break new ground in animated sketch comedy! Um… or something like that.

Adult Swim also released trailers for these shows. Check those out below.

What do you think? Are you ready to check out the summer programs on Adult Swim?