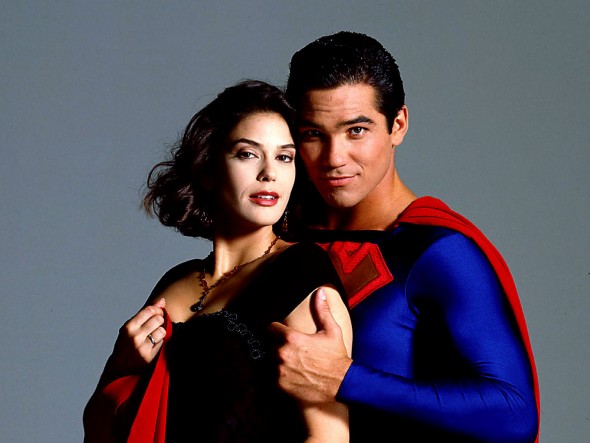 Lois & Clark: The New Adventures of Superman aired for four seasons on ABC before the series ended. The series starred Dean Cain and Teri Hatcher as Clark Kent and Lois Lane, and Cain wants a reunion for his series.

He spoke about the series and his desire for a reunion with Digital Spy, and he is determined to make it happen. He said:

“I’d love to see a reunion happen. I’d love to finish it off somehow – that would be insane. It would be incredible. I wish someone would get on that. I’ll do my best to make it happen. I tell you what, I’ll be in shape after this competition, so maybe I should get time to shoot it.​”

He went on to call his co-star the best Lois Lane ever. Cain has stayed connected to his superhero roots. He recently appeared as Kara’s father on CBS series Supergirl.

Were you a Lois & Clark fan? Would you want to see a reunion featuring Dean Cain and Teri Hatcher? Tell us what you think.

I’d love to see that show!

I would love to see Dean and Terry back g or a reunion.It was my favorite show and now I watch it with my baby and I laugh , because we have to find season’s 3 and 4.Yes yes this need to be done.

Yes we need a reunion. We waiting sooo long!!!

It would be a dream come true!!!
We’ve been waiting for a L&C reunion for so long!!!

We absolutely need an L&C reunion with Dean and Teri. They were and still are the best!

I would watch it, DVR it, and buy it on Blu-ray. It’s always been one of my favorite shows. Dean and Teri are the best Clark and Lois we’ve ever had.

absolutely lois and clark back on our screens asap!

I would love to see a reunion of Lois&Clark,I loved the series. Plus I was and still in love with Teri Hatcher.

Please, I would like to see the reunion sho. Hope more than one.

Why not make season 5 into a comic book series? Like they did with Smallville: Season 11.

I definitely would like to see it happen. They left everyone hanging the way they ended the series.