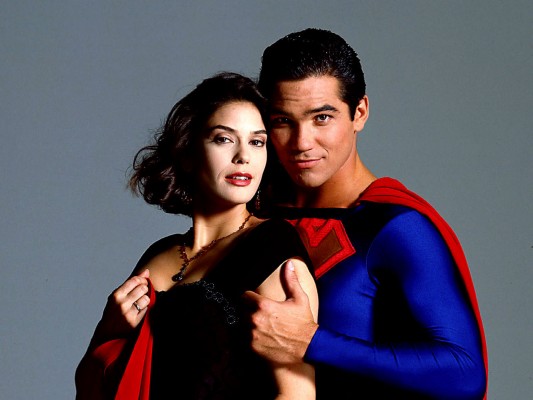 The superhero drama centered on the relationship between Clark Kent, aka Superman (Cain), and Lois Lane (Hatcher. The show ran for four seasons on ABC before being cancelled in 1997.

During New York Comic-Con this past weekend, Cain revealed he’s interested in a Lois & Clark revival:

I think it needs more than an episode. I would love to see what Lois and Clark are up to [now]. The possibilities are endless.

I could see the baby having been a Kryptonian child and they had to go back. I could see them having a couple of Krypto-Earth kids. … I think Lois Lane is probably mayor of Metropolis, running stuff. Clark is still pushing paper and pencil, chasing stories.”

I thought maybe as the kid was getting older, he’s struggling with trying to figure out what to do with his powers, and [Clark] would have to get his powers back. And then, I was mostly thinking about a marriage where you stay together [despite the struggles]. When [Clark] didn’t have powers and Lois was working, it was emasculating and struggling … but once the kid is out of the picture, Lois and Clark have to figure out do we stay married?”

What do you think? Are you a fan of Lois & Clark? Would you watch a revival series?

I loved the show, Cain is my second favorite Superman (after C. Reeves) and I like Hatcher too but Seriously ? 20 yeas after ?

An interesting idea because nobody has explored an older Superman.

I’m not sure it would work though because he is always meant to be young and all powerful.

Please–enough “revivals” already. Doesn’t ANYONE have an original idea anymore?!