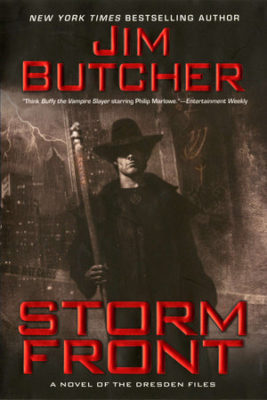 The Dresden Files is headed to the small screen … again. Deadline reports Fox21 Television Studios is developing a new TV show based on the books by Jim Butcher.

The fantasy novels “follow private investigator and wizard Harry Dresden, as he recounts investigations into supernatural disturbances in modern-day Chicago.” The books were adapted as a TV series by Syfy in 2007, but the show was cancelled after only one season.

Fox21’s Dresden Files series does not have a network attached yet. Ileen Maisel is producing the project alongside John Fischer and Julie Waters from Temple Hill Entertainment.

What do you think? Are you a fan of the Dresden Files books? Would you watch the new TV series?

I have been waiting for the t.v. series for years, but one that follows the books. That’s why the first series failed for sure.

I would love to see a continuation or new cast for a Harry Dresden series. The sooner the better. Love the books and the characters.
r