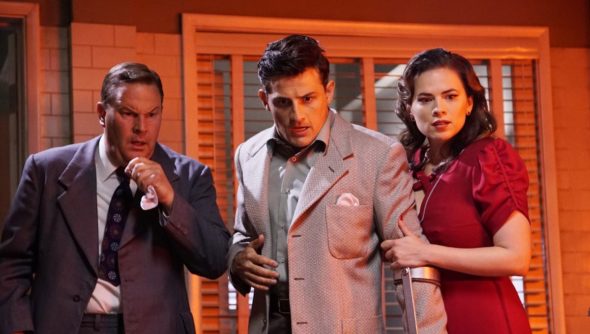 A familiar face is returning to ABC. Entertainment Weekly reports Agent Carter star Enver Gjokaj is reprising his role for the seventh and final season of Marvel’s Agents of SHIELD.

Gjokaj will reprise his Agent Carter role for the seventh and final season of Marvel’s Agents of SHIELD, which premieres on ABC on May 27th at 10 p.m. ET/PT.

It wasn’t anywhere near my brain. I would’ve been thrilled at any moment for it to come back, but I think as an actor you don’t have time. You just have to move on to the next project.”

What do you think? Are you a fan of Marvel’s Agent Carter? Are you excited for the final season of Agents of SHIELD?

I’ve watched every season of Agents of Shield and I am so excited for the next season. It will be interesting to see how Coulson/Sarge are in this next season. So many story lines need to be wrapped up since this is the last season. It’s going to be good, that’s for sure

It should be Hayley Atwell coming back as Peggy this guy is already on another series The Rookie..dumb move..again! Won’t bother to watch!

I loved the show, “Agent Carter”. Thrilled to have the character come back for as much time as I can get. Thank you.