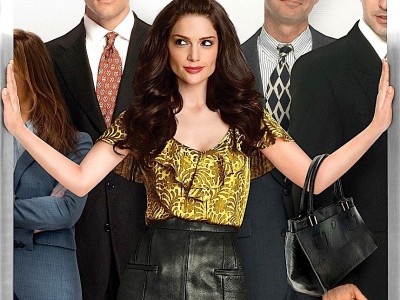 Can’t Believe That The Network Would Not Give This A chance. It Could Have Been As Good As The Good Wife If Given A Chance!!!

Loved the show. Why do they cancel the good ones and bring back rubbish?

I found this show by accident last Friday. Loved it, was looking forward to watching 10/11/12. Instead, freaking CSI crap.

[…] airings. The ratings were quite bad, even for a Friday night TV series and the network has removed Made in Jersey from their website’s list of TV shows. You can still watch the two episodes that already […]

Great tv series it should run a second season.

I loved it… I was telling everyone I knew to watch it. I looked forward to Friday’s. Now there is nothing on TV that I will watch on Friday’s.

I think it’s a good show .. the first two episodes were great and I told people to watch it.

[…] Made in Jersey (CBS) Not surprisingly, CBS has dumped the low-rated Friday night drama after just two episodes. Petition link. […]

Should Made in Jersey be cancelled? | canceled + renewed TV shows | TV Series Finale

[…] week, CBS aired the first episode of Made in Jersey, their new Friday night drama. Is it time for the show to be cancelled […]

[…] Made in Jersey, Martina Garretti (Janet Montgomery) does her best to win cases for her clients and to win over her […]

[…] Made in Jersey, CBS is trying to find another ratings success on Friday nights. A Gifted Man was cancelled after […]

Really?
CBS cancels a terrific “lawyer” series, Harry’s Law with great writers, fantastic actors and tries to sell this? I am insulted, as a person from New Jersey. I grew up in this state and never heard any resident speak with this accent, maybe from the NYC area, but not here. I am tired of New Jersey being put on the chopping block for their supposedly crude accent.
Of course I am not in the correct demographics, therefore my opinion isn’t of much concern to those who make the decisions.

Jeanne Dexheimer » Harry’s Law was on NBC, not CBS.

Made in Jersey: worth watching? | canceled or renewed TV shows | TV Series Finale