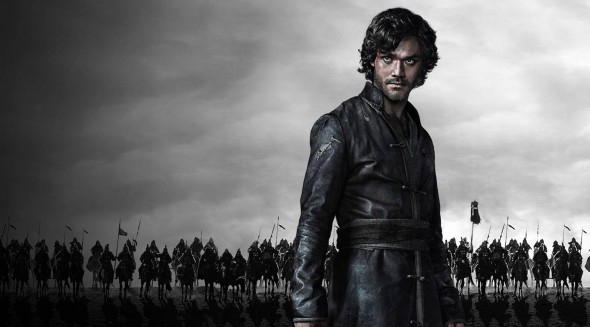 Great show! Finished the series in One night; couldn’t get enough of it. Sure as hell hope they’re filming the second season. What’s next for Marco Polo??

Great cast and very involved convoluted plots! Tons of action and intrigue! Hope this series has several more seasons, was so disapppointed to realize that I had reached the last episode!

loved it. needs to go on

Fantastic show. One of the most realistic on TV. Couldn’t stop watching it. Fantastic casting. We really need another season of this.

Great Show,couldn’t stop watching ! This series feels so fresh,exciting and new,if you like characters on a journey,who grow over each episode,I can not recommend it to you more ! It’s really good ! It has everything,great acting,mature story,great cinematography,epic wide shots..excellent music this show is so fantastic and exactly whats missing on TV ! Glad i did not listen to many of the critics and reviews. A Masterpiece of a show ! If you like shows like Game of Thrones,Penny Dreadful,True Detective or movies like Crouching Tiger & hidden Dragon then this is for you ! Netflix please continue,you… Read more »

I think it is quite fascinating and well done.

I stayed up late watching this for a few nites. Could not get enough. Was very sad when I did not have any more episodes to watch. renew for many more seasons!!!! Was an excellent show!!!!!

A superb show–well done in every way–a rarity in today’s shows.
keep it going for sure

This is an absolutely fantastic show! It has everything: Love, action, conflict, suspense…! When is the next episode? I can hardly wait.

I also think it should continue. I enjoyed it immensely, and binge watched it nonstop. I rarely listen to the critics, and am glad I didn’t on this one. It is a really good show, give it a chance.

I also binge watched Marco Polo and enjoyed it much. I hope they are filming the second season soon.

it should be ongoing for a few more seasons,a very good series.