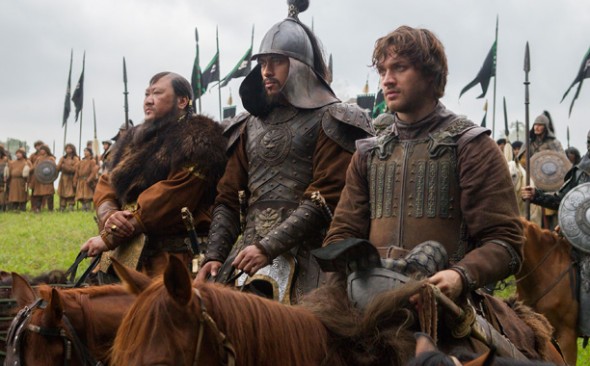 — Netflix also sets dates for Kids and Family series Adventures of “Puss in Boots,” “Mako Mermaids,” “Ever After High: Spring Unsprung” and more —

Netflix also announced upcoming premiere dates for the following new original series, all of which will be available globally upon release in all territories where Netflix is available:

From creators Tina Fey and Robert Carlock, this half-hour single-camera comedy series stars Ellie Kemper as Kimmy, who escapes a doomsday cult and decides to reclaim her life and start over in New York City. Armed with just a backpack, light-up sneakers, and a couple of way-past-due library books, Kimmy’s ready to take on a world she didn’t even think existed anymore. Wide-eyed but resilient, nothing is going to stand in her way. The 13-episode series, produced by Universal Television, also stars Jane Krakowski, Tituss Burgess, Carol Kane and more. Fey and Carlock serve as executive producers, along with David Miner and Jeff Richmond.

When the eldest brother and black sheep of the Rayburn family returns home, he exposes the emotional demons that lie at the core of the family, threatening to tear them apart. With a stellar cast headlined by Kyle Chandler, Ben Mendelsohn, Linda Cardellini, Norbert Leo Butz, Jacinda Barrett, Jamie McShane, Enrique Murciano, Sissy Spacek, and Sam Shepard, the 13-episode series is from executive producers Todd A. Kessler, Daniel Zelman and Glenn Kessler (Damages), and produced by Sony Pictures Television.

In this irreverent and touching series, Jane Fonda and Lily Tomlin star as Grace and Frankie, a pair of frenemies whose lives are turned upside down – and permanently intertwined – when their husbands leave them for each other. Together, they must face starting over in their 70s in a 21st century world. The series also stars Martin Sheen, Sam Waterston, Brooklyn Decker, Ethan Embry, June Diane Raphael and Baron Vaughn. Created by Marta Kauffman (Friends) and Howard J. Morris (Home Improvement), the 13-episode series is produced by Skydance Productions and executive producers Kauffman, Morris, Fonda, Tomlin, Paula Weinstein, David Ellison, David Goldberg and Marcy Ross.

Netflix is the world’s leading Internet television network with over 53 million members in nearly 50 countries enjoying more than two billion hours of TV shows and movies per month, including original series, documentaries, and feature films. Members can watch as much as they want, anytime, anywhere, on nearly any Internet-connected screen. Members can play, pause, and resume watching, all without commercials or commitments.

What do you think? Are you glad that Marco Polo will return for a second season? Do you plan to watch any of the new series?

Yes i am glad the show will have a second season.

What the Hell. No 3rd ?? You’re just going to end it there? The only show I love as much as Vikings and it will never return. What went wrong. Was it to intelligent? To Original? Or was it the real Gung Fu ? As a fan , and a Gung Fucked instructor You Dropped the ball.

Very good series. You have us hanging on waiting for season two. Please hurry!